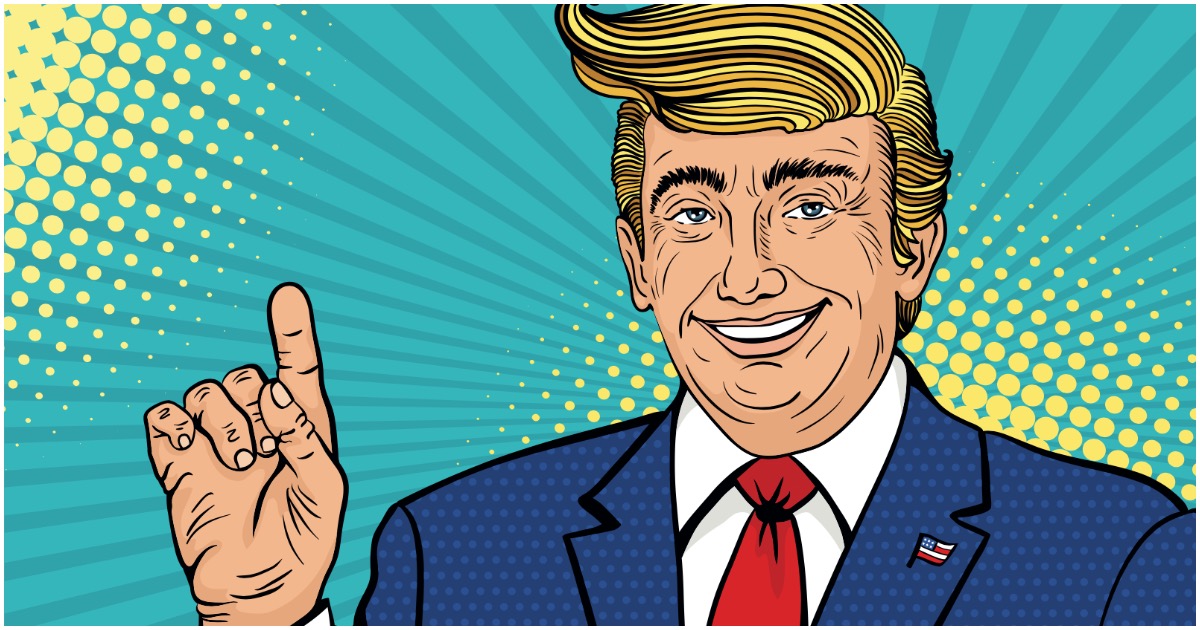 The following article, DAVIDSON: Be the Squeaky Wheel, was first published on Flag And Cross.

Throughout history people have stepped into the limelight at critical junctures and become immortalized for it.

*Jesus told an unruly crowd, “Let he that lives without sin cast the first stone.”

*Martin Luther nailed his 99 reforms to the door of the Catholic church knowing this would set off a landslide of controversy.

*George Washington confessed to his father that he did in fact chop down the cherry tree, saying, “I cannot tell a lie,” or at least that’s how that story goes.

*Martin Luther King, Jr. delivered his famous “I Have a Dream” speech but equally of note, endured years of jail, hosing down, and discrimination for what he believed.

*Donald Trump said, “We will build that wall.”

You probably tend to admire those who adopt broad sweeping causes related to freedom, truth, human rights, or national sovereignty. It seems as if bold, positive, decisive action has often served as the catalyst for followers to take up the lead. Such action can become a turning point that historians dutifully record.

The German philosopher Johann Wolfgang Von Goethe once said, “Boldness has genius, power and magic in it.” In an overly communicative society, boldness is often the key to notoriety, wealth, and even acclaim. While there might be 8, 12, 15, or several dozen female singers with the range, voice quality, and talent equal to or exceeding that of Katy Perry, she is the one captures the headlines.

Andre Agassi might not have been the most talented player on the pro tennis circuit, but he during his playing days was the one that most people could recall most easily. Beyond the arenas of sports and entertainment being the squeaky wheel has impacted other social arenas.

A particular inventor still owns the record for holding the largest number of U.S. patents. He is the widely celebrated inventor of the phonograph. He is commonly regarded as the inventor of the light bulb although he merely improved on it. He also made dozens of improvements to other existing products. Can you name him? Undoubtedly, you can since he’s Thomas Edison.

So Many Before Him

Thomas Edison was not the original inventor of electric light. He improved upon a principle that others had already discovered. For example, in 1802 Sir Humphrey Davy produced an arch light. He was followed in 1844 by Jean Foucault who made an arch light strong enough to illuminate the Plaza de la Concorde in Paris.

A second inventor of equal brilliance and contribution to society revolutionized the automobile industry. He’s credited with having ushered in a new era of ignition systems, vehicle performance, and vehicle safety. He patented a painting process that prolonged the life of cars by reducing the incidents of rust.

With four hundred million vehicles in America alone and more than a billion throughout the world, surely you can name this hallowed inventor. He also became a philanthropist and to this day his name is part of one of the foremost cancer research and treatment facilities in the world which he help found. Who is he?

He is Thomas Kettering for whom the Sloan-Kettering Institute is partially named. Why does virtually everyone know the name of Edison, and nearly no one knows the name of Kettering? Perhaps Edison’s inventions were more consumer-oriented or impacted more people more quickly back then. One hundred years ago, everyone was likely to turn on a light switch, but not everyone owned a car.

Edison, as it turns out, relentlessly promoted himself. He constantly talked to the press and gave interviews. He always issued pithy quotes. He went out of his way to grandstand. He often bragged that he got by on very little sleep per night, a claim later proved to be untrue. Edison was always looking for opportunities in which to get into the news, and equally important offered product and service contributions of lasting impact.

Kettering was not a meek or mild lab scientist. He was a strong leader within the organizations he formed. He also gained the reputation as someone with quick wit who could both give and take a joke. Yet, unless some dramatic, Oscar winning movie about Kettering appears in the future, it’s unlikely that his name will ever be as widely known as Edison’s.

So it is in many arenas of life.

Two performers, alike in all major respects, with a similar array of accomplishments, might have vastly different experiences in terms of what they earn, how they are perceived, and how they are remembered. Think about those whom are the most visible to the public. Are these people hesitant to voice their views, or are they both seen and heard?