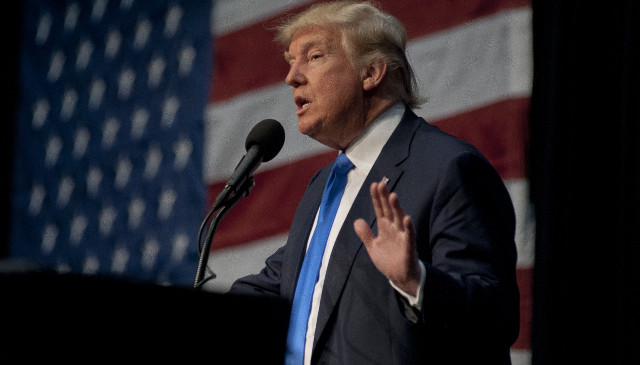 The following article, Big Tech Giant Twitter Has Censored Nearly Every Election-Related Tweet By Trump, was first published on Flag And Cross.

If you take a gander at the Twitter page for President Donald Trump over the last two days since the 2020 presidential election, you’ll see something that you never, ever thought you’d see in a million years here in the home of the brave and the land of the free: the President of the United States being censored by one of the world’s biggest social media platforms while votes for the election are still being counted.

It seems 2020 is simply not done screwing us all over just yet.

Many individuals on the left, of course, are thrilled with Twitter for doing anything they can to silence the voice of President Trump and others along with him. How far we’ve fallen from our first principles.

To the applause of many on the Left, Twitter slapped its first fact-check label over a Trump tweet in May. The platform rationalized the move by pointing to its newly announced “misleading information” policy, rolled out amid the Covid lockdowns. The new policy blocks out initial posts, replacing them with “labels and warning messages to provide additional explanations or clarifications” on tweets that might present some “risk” of “harm” to the public. Only after clicking on the censoring label can a user read the tweet containing the supposedly “misleading” or “disputed” or “unverified” claim. Twitter offered the following vague criteria for censoring posts:

The first tweets by Trump censored under the new policy concerned the potential threat of voter fraud posed by mass mail-in ballots. “There is NO WAY (ZERO!) that Mail-In Ballots will be anything less than substantially fraudulent,” Trump wrote in a pair of tweets on May 26. “Mail boxes will be robbed, ballots will be forged & even illegally printed out & fraudulently signed. The Governor of California is sending Ballots to millions of people, anyone living in the state, no matter who they are or how they got there, will get one. That will be followed up with professionals telling all of these people, many of whom have never even thought of voting before, how, and for whom, to vote. This will be a Rigged Election. No way!”

Katie Rosborough, a spokesperson for the social media platform, went on CNN and defended the move saying the tweet, “contain potentially misleading information about voting processes and have been labeled to provide additional context around mail-in ballots. This decision is in line with the approach we shared earlier this month.”

Well, the tweets from May 26 were apparently just the start of the company’s campaign to muzzle the president. Just 24 hours after the polls closed on Tuesday, all of the president’s tweets related to the election were, in some form, censored:

As President Trump began to raise concerns of election fraud the day after the election, Twitter again, continued to come out and try to silence the president and censor his tweets in one way or another.

“Last night I was leading, often solidly, in many key States, in almost all instances Democrat run & controlled,” Trump wrote in one fact-checked tweet (below). “Then, one by one, they started to magically disappear as surprise ballot dumps were counted. VERY STRANGE, and the ‘pollsters’ got it completely & historically wrong!”

…..there was a large number of secretly dumped ballots as has been widely reported!

It really does feel like the leftist mainstream media is partnering with social media platforms in order to silence Trump and conservative voices everywhere to help pull off what might be the greatest voter fraud scheme in the history of American politics.

Whether that is indeed the case or not, we cannot say for sure. But something smells in Denmark.