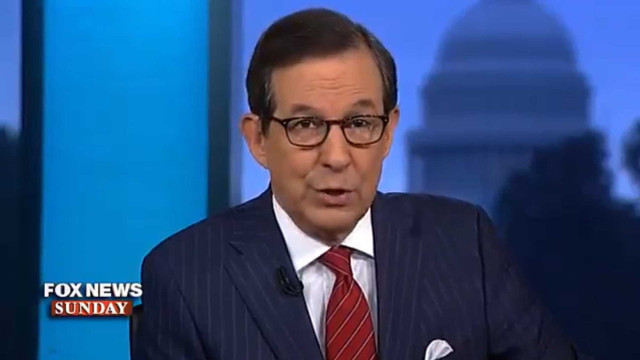 Fox News anchor Chris Wallace wasn’t too happy with President Donald Trump after he declared victory early in the presidential election with remarks made before a clear winner had been determined.

Trump made an appearance at the White House sometime after 2 a.m., where he stated that he believes he won the 2020 presidential election, a comment that has earned him a lot of ire in the media, including that of Wallace, who also hosted the atrocious first presidential debate in October.

“This is an extremely flammable situation, and the president just threw a match into it,” Wallace said. “He hasn’t won these states. Nobody is saying he won the states. The states haven’t said that he’s won. This goes right back to what Joe Biden said, which is that the president doesn’t get to say that he’s won states, you know, the American people get to say it.”

Wallace also challenged Trump’s vow to go to the Supreme Court to stop the counting of ballots, saying it’s not a matter “the courts would allow.”

As of early Wednesday morning, several swing states have not yet been called, including Georgia, Pennsylvania, Wisconsin, and Michigan. Neither Trump nor Democratic nominee Joe Biden has the 270 electoral votes to clinch victory.

While we’re clearly rooting for the president to land a second term and prevent the radical left from using Joe Biden as a puppet to further the cause of socialism, we also have to acknowledge that Trump’s statement was indeed a little premature.

We can certainly hope that he pulls off a victory, but the truth of the matter is, not all of the votes have been counted. Anything is still possible at this point. It’s also completely and totally possible that leftists are pulling some shenanigans right now with the counting of votes that might swing the election in their favor.

Let’s hope that’s not the case.

I am sick od Chris Wallace’s BS. I will watch Tucker, Ingran, and Dobbs. I will never watch anything with Wallace or Juan. Mostly I will be looking to AON and Newsmax for some honest journalism and news.

Sorry Fox. You blew it.