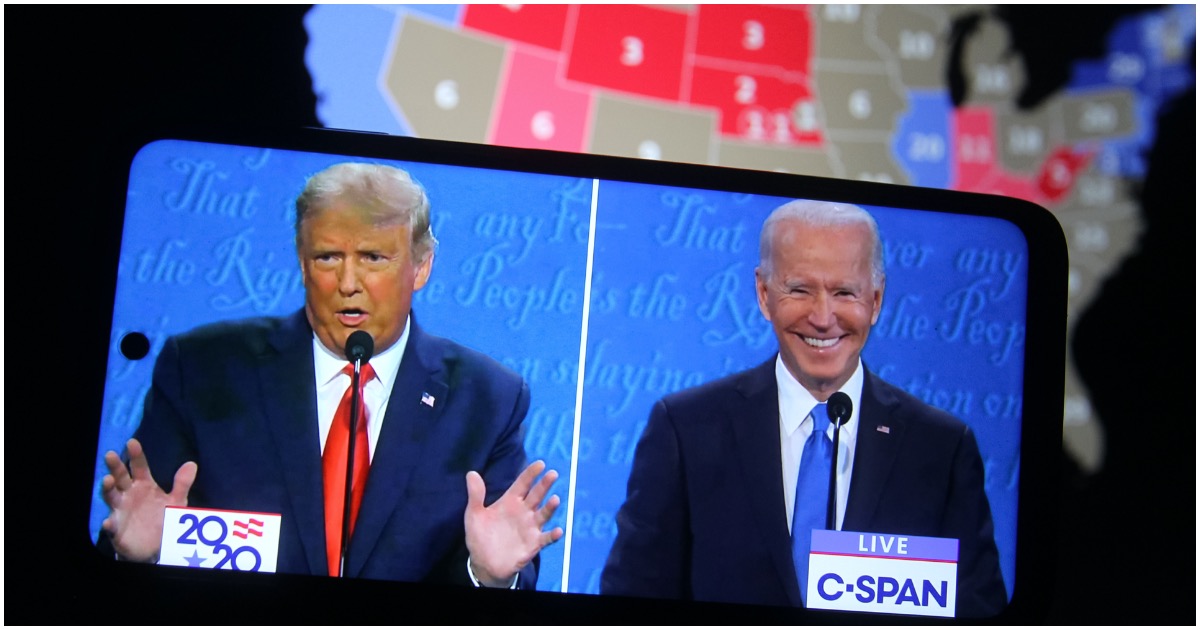 The following article, We All Have A Great Choice On Election Day — Opinion, was first published on Flag And Cross.

In the movie Mission Impossible: Rogue Nation, the character played by Tom Cruise, Ethan Hunt, faces a dilemma. He is in the rafters, above the stage, in a Vienna Opera house. He has spotted two potential assassins, each of whom is focused on the Austrian Chancellor who is seated with his wife in a premier box.

As the opera unfolds below, a crescendo is approaching, and Hunt knows that this is the moment when shooters will strike. With seconds to go, he cannot shoot both of them – if he shoots one, the other will certainly succeed in killing the Chancellor.

A Stroke of Genius

Hunt makes a split-second decision and shoots the Chancellor, injuring him only slightly with a flesh wound to his right shoulder. Upon being struck, the Chancellor hunches to his right. Both assassins miss their target, and the Chancellor and his wife are hurried out of the opera box by the Austrian Secret Service.

This brilliant stroke of thinking is something that we each need to consider in our current political climate. We have to make a decision as important as any we’ve ever made. Whoever claims (or reclaims) the presidency on November 3rd, 2020 will be making profound decisions that will impact each and every American for decades to come. If we take the wrong path, we will pay for it dearly.

We’ve already seen what someone who has no concern for the U.S. Constitution or the rule of law – Barack Obama – can do in a few short years, when the opposing party is spineless. In 2015, in attempting to curtail the executive orders, executive actions, and other Constitutional end runs of Barack Obama, Republicans failed miserably, while Democrats cheered wildly with every imperious move.

For eight years, on many key issues, such as public policy, campaign reform, health care, education, government surveillance, foreign affairs, among at least a dozen others, the actions of Republicans and their lack of efficacy resulted in little or no differentiation from their supposedly opponent Democrats.

Recognizing this lack of differentiation, for the 2016 election, a groundswell of voters from the center to the right (and some from center/left) sought alternatives that, for better or worse, represent the lesser of three evils – Democrats, Republicans, and anyone else entering the fray who appeared to be apart from the rest. Hence, the rise of Donald Trump.

For most of my adult life, I regarded Trump as someone steeped in his own self-importance. However, what was the alternative? The thoroughly corrupt, lifelong Saul Alinsky advocate, Hillary Clinton?

In his 1964 book, Suicide of the West, James Burnham wrote that, “Liberalism is the ideology of Western suicide.” Burnham predicted that the mindless, shortsighted magnanimity of progressives, who eagerly subordinate the interests and well-being of their own citizens and their own nations in homage to altruistic and utopian impulses, would facilitate the demise of Western civilization.

Donald Trump, an imperfect man, presented at least a glimmer of a chance to halt the U.S. slide into a Marxist and socialist state. Lightning fast, however, Trump proved that he is a staunch defender of democracy. He has actually exceeded the objectives of the Heritage Foundation, who rate him higher than Ronald Reagan.

This candidate returns big media sucker punches with equal, if not greater, fervor. He is pompous and somewhat boastful. Concurrently, he doesn’t require the United Auto Workers, the other massive labor unions, billionaire schemers, foreign money, the national teachers’ unions, the bar associations, or the federal employee unions to fund his campaign and he will not be beholding to them.

He has shown an amazing will to address fundamental national issues which others are content to gloss over. He has created more jobs, along with benefits, promotions, and advancement for minorities than most people could do in 10 lifetimes. He is Donald Trump – unpredictably, a leader for the ages. He is the candidate in 2020 best equipped to lead us through to 2024.

We are fortunate to have this choice.

Continue reading: We All Have A Great Choice On Election Day — Opinion ...

Not really a difficult decision. Want socialism/communism with ‘free stuff’ to start, vote for the dems. Want to continue living in a country with personal freedom, vote for republicans/conservatives. Decision solved.