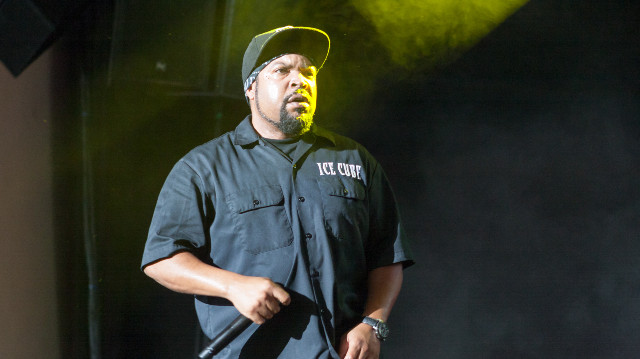 The following article, VIDEO: Ice Cube Slams Critics, Says ‘They’re Mad Because I’m Just Willing To Work With Anybody’, was first published on Flag And Cross.

Legendary rap artist Ice Cube has taken a beating on social media after announcing he was working with President Donald Trump to put together the “Platinum Plan,” designed to help improve the quality of life for the black community.

Rather than back down from the criticism like many would have done, Ice Cube has doubled down and refuses to be bullied into hating on the president just because that’s what the masses expect of him. In fact, he continues to praise the administration for working with him.

Ice Cube sat down with Maria Bartiromo of Fox News over the weekend to share his thoughts on the criticism he’s received.

Ice Cube emphasized that black people have been unfairly lumped in with other groups through buzzwords like “minority” or “people of color.” Going forward, Ice Cube said he feels that black Americans should be at the front of the line in terms of getting help from any programs.

Though Ice Cube reiterated that he does not wish to be used as anyone’s political pawn or be lumped in with big-name figures like Candace Owens, he did respond to those criticizing his working with the Trump administration.

“At the end of the day, they’re mad ‘cause I’m just willing to work with anybody that’s willing to work with me to see some of these things that’s in the Contract with Black America come to pass,” the rapper stated. “I’ve been getting pushback ever since I came out with the Contract with Black America, you know, from everybody who really don’t want us to … have real demands, but people who just want us to basically shut up and vote, and I’m not gonna do that.”

“I’m a citizen of this country just like everybody else, and I can say what I want to say,” he went on to say. “I’m not aligned with anybody’s personal views. I only care about what they do in public as far as helping the public and, you know, empty rhetoric, empty talk, everybody’s popping off, at the end of the day, we need to get what we need in this country to survive. If we don’t get that, this country won’t survive. And that’s what I’m saying.”

Ice Cube isn’t the only famous rap artist to toss some support Trump’s way during this extremely contentious election cycle. Lil Wayne has also praised the president and the Platinum Plan he’s been working on for the black community.

“Just had a great meeting with [President Donald Trump],” Lil Wayne posted on Twitter. “Besides what he’s done so far with criminal reform, the platinum plan is going to give the community real ownership. He listened to what we had to say today and assured he will and can get it done.”

So the masses expect that because both Lil Wayne and Ice Cube are black they are just supposed to vote for the Democratic Party candidate and only work with folks on the left?

Now who are the racist ones?