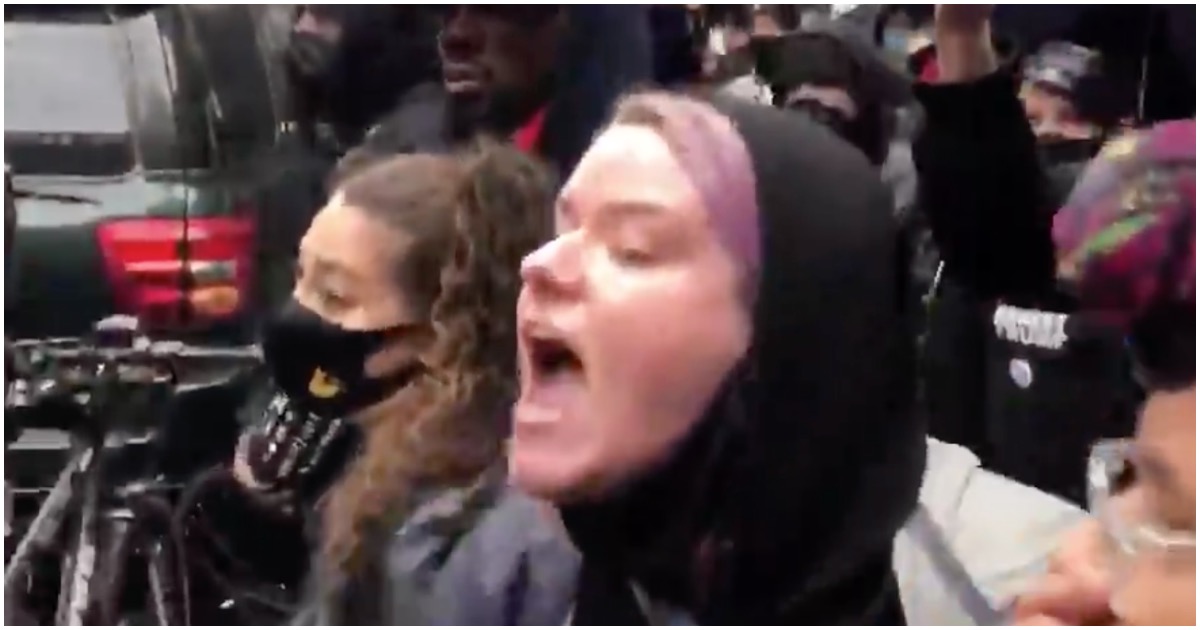 The following article, Unhinged Protester to NYPD Cops: ‘I Hope All of Your Children Get Raped & Murdered’ (Video), was first published on Flag And Cross.

There aren’t any words left to describe these people. They are simply the worst of the worst – the true deplorables. How any of these anti-American goons sleep at night is a mystery.

A lot of weed probably helps.

NYC: “I hope ALL of your children get raped and killed”

Biden needs to lose just so the woman in the clip above cries herself to sleep. She deserves that.

Police say 10 people have been arrested after they responded to a protest in Manhattan earlier Sunday.

The incident occurred at 10th Avenue and West 24th Street, right underneath the High Line in Chelsea, according to police.

Videos posted to social media show the altercation between demonstrators and police, which culminated with protesters shouting at police and officers shoving protesters out of the street and onto the sidewalk.

It is being reported on social media that earlier today members of the press were arrested during a protest in Manhattan.

These reports are false.

All arrested individuals from today's protests have been verified to not be NYPD credentialed members of the press.” pic.twitter.com/Xbxhk1FK79

Continue reading: Unhinged Protester to NYPD Cops: ‘I Hope All of Your Children Get Raped & Murdered’ (Video) ...