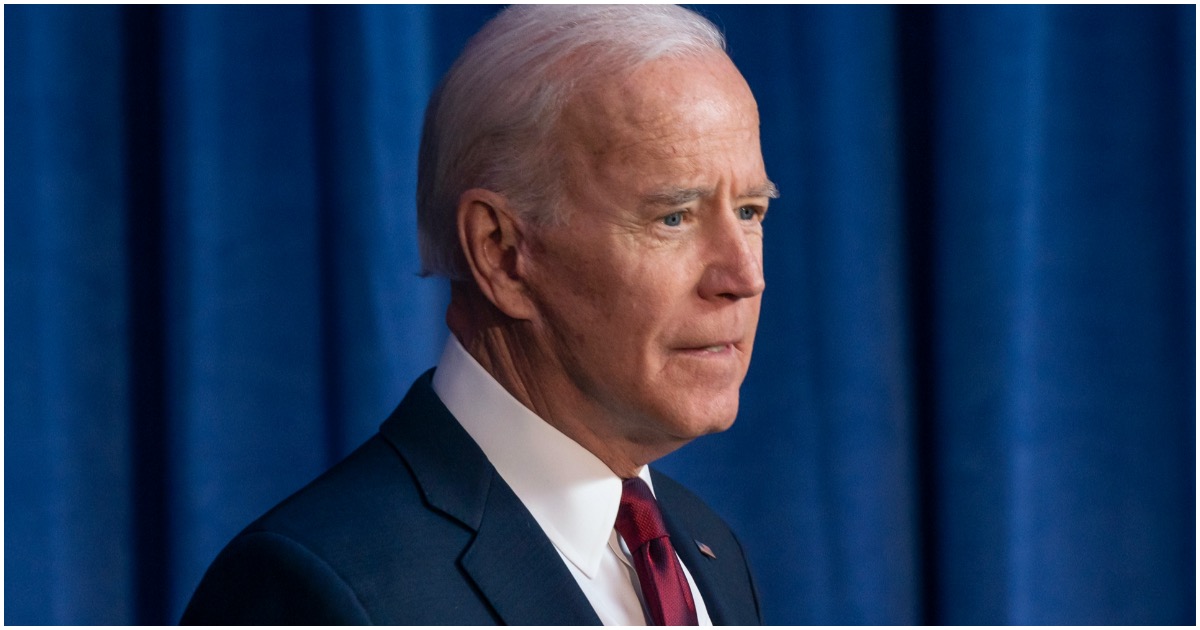 The following article, Flashback: Roughly ’10 to 15 Percent’ of Americans ‘Not Very Good People,’ Says Biden, was first published on Flag And Cross.

Like most (if not all) Democrats, Joe Biden can get away with anything he says because he has the mainstream media on his side. President Trump is obviously not afforded that luxury.

Anybody want to get a jump on those inevitable “10 to 15 percent” t-shirts?

Check this out, via New York Times:

WASHINGTON — Former Vice President Joseph R. Biden Jr. told a group of black supporters on Thursday night that most Americans were good people who think the nation can be improved, while also declaring that “there are probably anywhere from 10 to 15 percent of the people out there that are just not very good people.”

Mr. Biden offered his estimate during remarks in which he spoke about the importance of a president setting a positive example for the nation on racial issues. He accused President Trump of dividing the country while pledging that, as president, he would not.

Joe said, “The words a president says matter, so when a president stands up and divides people all the time, you’re going to get the worst of us to come out.”

He added, “Do we really think this is as good as we can be as a nation? I don’t think the vast majority of people think that. There are probably anywhere from 10 to 15 percent of the people out there that are just not very good people, but that’s not who we are. The vast majority of the people are decent, and we have to appeal to that and we have to unite people — bring them together. Bring them together.”

MSNBC panel: @KamalaHarris faced a “double edged sword” of being a black woman.

Wallace: “There is a gender piece here that we still suck at talking about."

Sharpton: “Women are held to a different standard and black women especially." pic.twitter.com/SfAb2oaDzS

. Isn't it possible that Kamala Harris just wasn't a very good candidate?
Most people voted for Obama twice and Hillary once. This "racism" and "sexism" stuff is such a tired excuse.

So the takeaway is Democrats aren't fans of black women? Tough to blame independents or conservatives in a primary…

She may have faced a double edged sword, but she isn’t that sharp either. Her aggressive prosecutorial policy would have made her anathema to African American voters if she were white. This is often overlooked.

Kamala Harris officially ended her campaign today, which means that all of the candidates who currently qualify for the December Democratic debate are white (Sanders, Warren, Biden, Buttigieg, Klobuchar, and Steyer).

White supremacy is not just a Fox News problem, folks.

funny you're talking about "white supremacy" aka Racism with regard to the democratic primaries, isn't it?

you guys are too cute.

If you open your eyes even wider you'll discover a whole new world out there…..

I stand with the brave folks on the panel. The DNC's sneaky plan to have Beto, Hickenlooper, Inslee, de Blasio, Ryan Gillibrand & Moulton enter the race B4 quitting, merely to provide cover for white Democrat supporters who refuse to nominate a black woman of color is frightening

Those democrats in the primary stage sound like true racists and sexists if that’s what drove out KH.

Ummmm, this was a democratic primary…. so I guess dem voters are racist and sexist… good work msnbc

Good to see them all admit the DNC is full of racism and misogyny since it was their primaries.

And i say they’re all democrats in our government”.