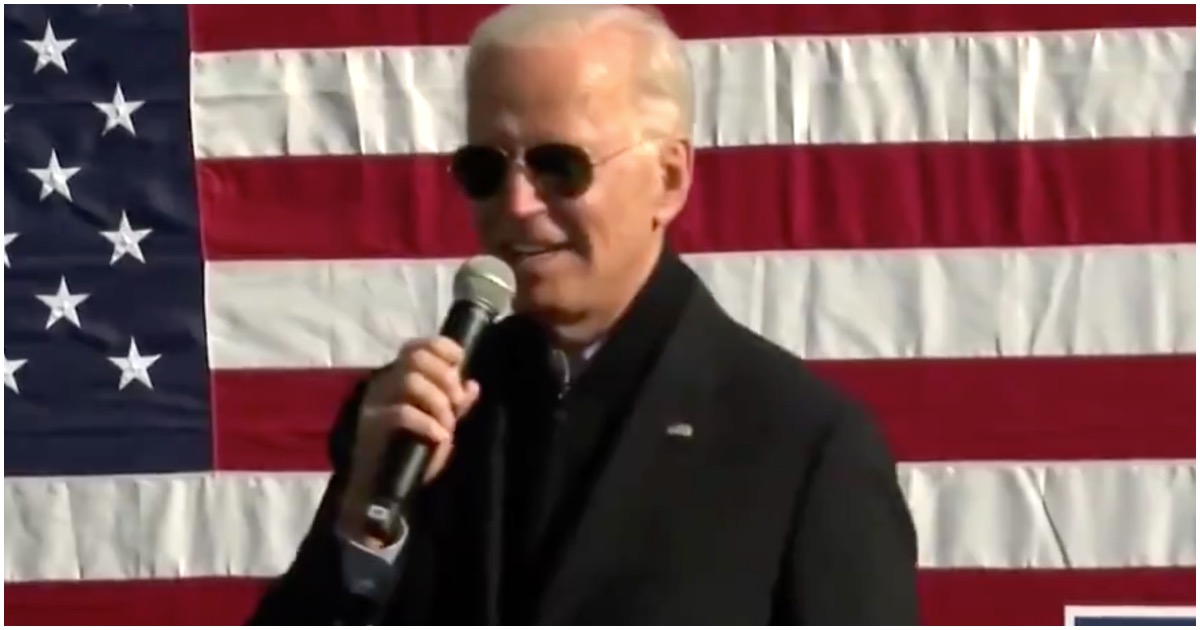 The following article, ‘When You Were In High School Wouldn’t You Have Liked to Take A Shot At Trump?’ Biden Asks, was first published on Flag And Cross.

Joe Biden son’s brother, Jim, and son, Hunter, did business with Chinese communist spies. That’s not hyperbole. It’s the truth – the MSM just doesn’t want you to know it.

His family little does not care for America.

For some reason, Joe thinks he’s a big tough guy. How many times now has he fantasized about going back in time like Marty McFly and getting into a fight with President Trump?

Here’s another Joe clip, for your amusement…

Bullies who look down on others.

Bullies who think they're better than you.

Bullies who call people "fat" and "sedentary" and stupid.pic.twitter.com/zPTcnghfTB

The FBI’s subpoena of a laptop and hard drive purportedly belonging to Hunter Biden came in connection with a money laundering investigation in late 2019, according to documents obtained by Fox News and verified by multiple federal law enforcement officials who reviewed them.

It is unclear, at this point, whether the investigation is ongoing or if it was directly related to Hunter Biden.

Multiple federal law enforcement officials, as well as two separate government officials, confirmed the authenticity of these documents, which were signed by FBI Special Agent Joshua Wilson. Wilson did not immediately respond to Fox News’ request for comment.

One of the documents, obtained by Fox News, was designated as an FBI “Receipt for Property” form, which details the bureau’s interactions with John Paul Mac Isaac, the owner of “The Mac Shop” who reported the laptop’s contents to authorities.

Continue reading: ‘When You Were In High School Wouldn’t You Have Liked to Take A Shot At Trump?’ Biden Asks ...

We had people like Joe in school. We thumped the hell out of them

We had people like Joe when I was in school, too. They were in Special Ed.

Better stick to your ‘corn-pop’ story, joe. We didn’t believe that one either.

Only one way to confront bullies. Get them alone and kick the hell out of them. They are all punks by themselves.

It’s obvious that Joe Biden was a bully in School and brags about it on the Campaign trail!