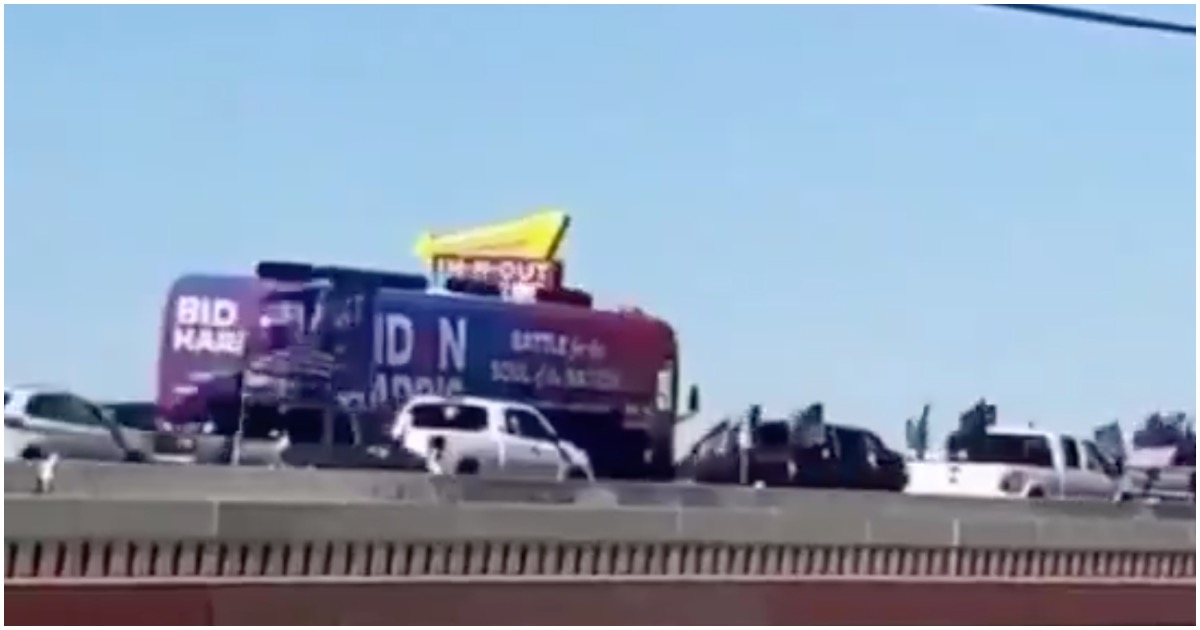 Based on the enthusiasm we’ve seen all over the nation for President Trump, how can he lose on November 3 to Joe Biden? National polls mean jack squat, as Hillary Clinton can attest.

Would cheating be the only way? Probably. But we’ll know the answer soon enough.

Check out this hilarious clip featuring a pro-POTUS caravan surrounding a Biden bus.

If Trump doesn’t deserve a Nobel Peace Prize, nobody does.

For the third time this year, POTUS has nailed down a peace pact between Israel and a majority-Muslim nation. Has any other president come close to accomplishing such a feat?

The problem with lefties is they refuse to give credit where it’s due.

#BREAKING: President @realDonaldTrump has announced that Sudan and Israel have agreed to the normalization of relations— another major step toward building peace in the Middle East with another nation joining the Abraham Accords

The only way brain dead, dementia Joe see the WH, is with voter fraud!

Voter-fraud is the dem way. But it’s going to take a large amount this time dems.

Of course the idiot leftist propagandists are saying that Trump supporters were trying to run the Biden Bus off the road. They are a combination of crazy, stupid or evil.