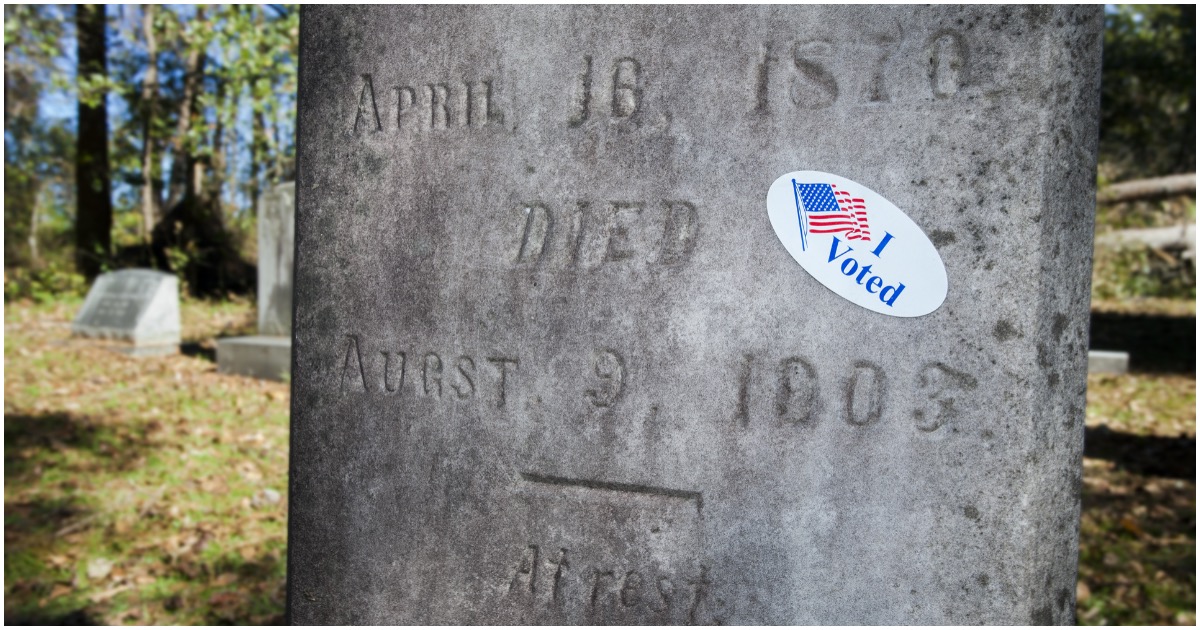 The following article, Person In Florida Busted Trying to Register Over 50 Deceased Democrats to Vote In November, was first published on Flag And Cross.

Voter fraud is very real, despite what the mainstream media and Hollywood celebrities want the American people to believe. 11 times out of 10, the fraud is in favor of a Democrat candidate, too.

Here’s what recently happened in the Sunshine State, via TDW:

The Sun Sentinel reported that whoever is behind the fraud appears to live in Columbia, South Carolina and “submitted at least 54 new voter applications in July in the same neat handwriting to the Broward elections office, several in each of 19 envelopes.” Many of the names on the applications were for elderly citizens who had recently died outside of Florida.

“Almost all of them were flagged by Broward elections office staff as suspicious, and turned over to the Broward State Attorney’s Office. Prosecutors have been watching since August, in a sting operation to catch the culprit, internal correspondence shows,” the outlet reported.

Florida is always a critical state in a general election, so the fact that polls have President Trump pulling ahead of Joe Biden is a statement to the fact that many individuals who live there are on board with the president’s agenda.

And, of course, we all know that you must take polls with a grain of salt, especially after what happened in 2016.

Just a few more days and we’ll hopefully know whether or not Trump is getting another term.

Continue reading: Person In Florida Busted Trying to Register Over 50 Deceased Democrats to Vote In November ...

Democrat Voter Fraud?? Of course NOT. Just ask any FakeNewsMedia GENIUS! Ask and Democrat Secretary of State! There are far more registered voters than the population of counties and states across America. How can that be? Well, simple. People move, they die, they are no longer able to vote for health reasons. Any data base gets corrupted, but particularly Voter Registration files, which get very little attention, other than the addition of new registrants. Democrats have fought every attempt to reconcile and clean up voter data bases, as, in states with mail-in voting, when ballots are sent to ALL names… Read more »