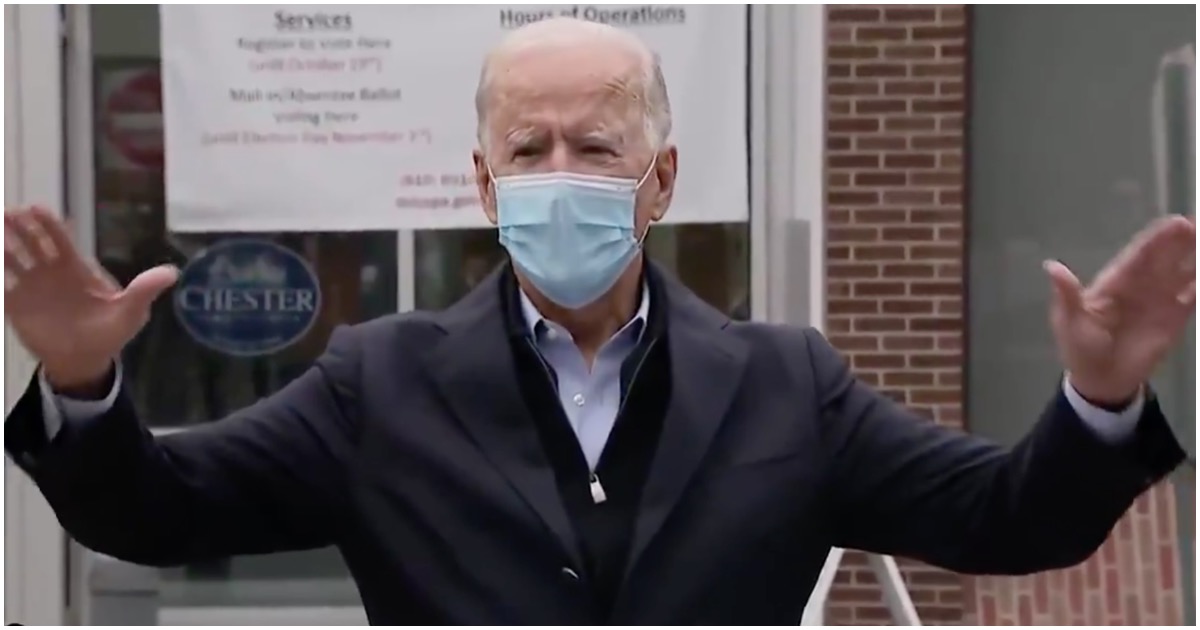 The following article, ICYMI: Biden Would Consider Rotating SCOTUS Justices to Lower Courts If He Wins, was first published on Flag And Cross.

What does lifetime appointment mean to a Democrat? Pretty much nothing. Now that Amy Coney Barrett has been confirmed to SCOTUS, the left is considering every option when it comes to reshaping the court.

Here’s the latest nonsensical proposal from the best candidate Dems had to offer, via Fox News:

Former Vice President Joe Biden indicated on Monday that he might be open to shifting Supreme Court justices to lower courts if elected president, noting that he hadn’t made any “judgement” yet on the issue.

“There is some literature among constitutional scholars about the possibility of going from one court to another court, not just always staying the whole time in the Supreme Court but I have made no judgement,” Biden said at a campaign stop in Chester, Pennsylvania.

WATCH: "It's a lifetime appointment. I'm not going to attempt to change that at all."

On Monday evening, Trump’s third pick for the Supreme Court was confirmed and sworn in.

BREAKING: Amy Coney Barrett is confirmed to the Supreme Court in a 52-48 Senate vote https://t.co/N5sHKOlU5i pic.twitter.com/sJqUQRtEKH

Here are some liberal reactions…

Tonight Amy Coney Barrett will become the next Supreme Court justice of the United States.

Millions of people are about to lose their health care.

Roe v Wade is about to be overturned.

She shall be known as Supreme Court Justice Amy Phony Barrett. #ScotusSham #VoteThemOut