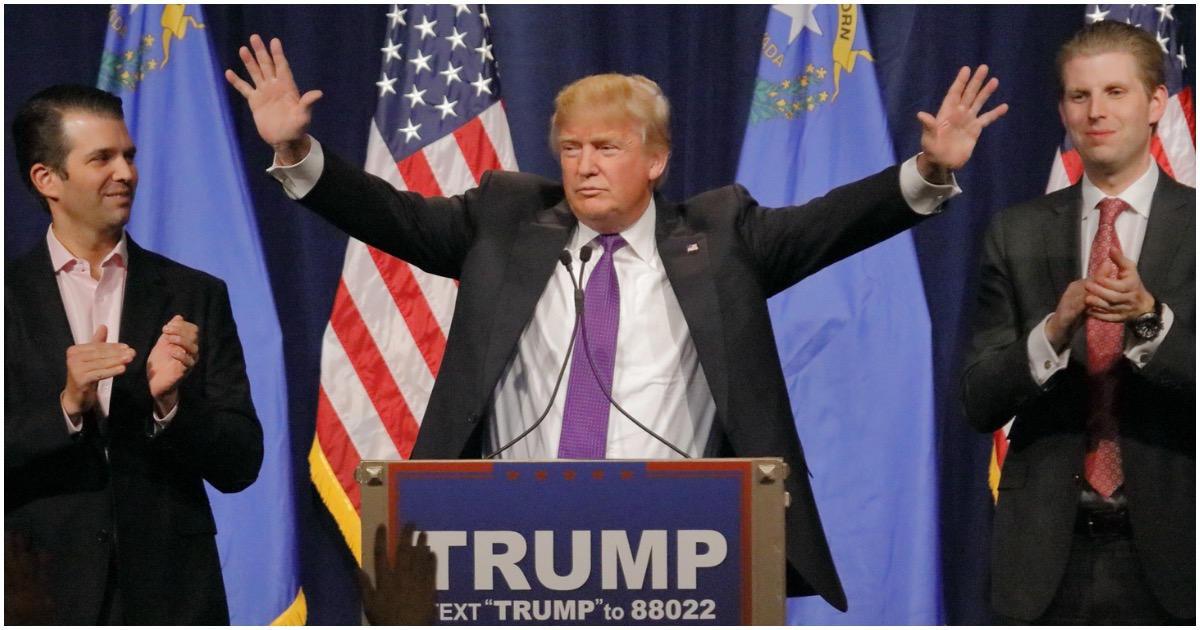 The following article, DAVIDSON: ’13 Keys to the Presidency Model’ Predicts Trump Victory — Opinion, was first published on Flag And Cross.

Allan Lichtman, in 1981, along with Russian seismologist Vladimir Keilis-Borok, created The Keys to the White House model. Since then, Lichtman has been widely quoted throughout the media for his ability to predict who will win presidential elections.

Everybody’s Wrong at Some Time

In 2016, against all odds, Lichtman, an American University professor, boldly predicted that Donald Trump would win. In August 2020, during media interviews and again in early October, the professor said that Donald Trump will lose in 2020. According to his, Trump only possesses six of the 13 keys listed below, and fails to gather seven of them, hence, adding up to an election loss
www.cnn.com/2020/08/07/us/allan-lichtman-trump-biden-2020-trnd/index.html

Is the professor’s assessment correct this time? Let’s look at the record.

1. Party Mandate: After the midterm elections, the incumbent party holds more seats in the U.S. House of Representatives than after the previous midterm elections. So, Lichtman’s score is 0 to 1, against Trump.

2. Contest: There is no serious contest for the incumbent party nomination. Lichtman, 1 to 1.

4. Third party: There is no significant third party or independent campaign. Lichtman: 3 to 1.

5. Short-term economy: The economy is not in recession during the election campaign. Lichtman, 3 to 2. Is this the right call? Sure, we’ve had shutdown related economic challenges and maybe it feels like a recession to some people, but as Geoff Colvin at Fortune points out, we are not in a recession.

Also, despite COVID-19, masks, lockdowns, riots, and such, an astounding 56% of Americans report that they’re better off now than when Obama and Biden left office. “The figures are the highest on record, which Trump has hailed as incredible.” https://fortune.com/2020/10/06/are-we-in-a-recession-covid-us-economy-update-unemployment
www.dailymail.co.uk/news/article-8838481/Despite-Covid-riots-record-56-Americans-say-better-2016.html

8. Social unrest: There is no sustained social unrest during the term. Lichtman: 4 to 4.

10. Foreign/military failure: The incumbent administration suffers no major failure in foreign or military affairs. Lichtman: 5 to 5.

11. Foreign/military success: The incumbent administration achieves a major success in foreign or military affairs. Lichtman: 5 to 6. Is this the right call? What about crushing ISIS, and the aforementioned Middle East breakthroughs?

12. Incumbent (party) charisma: The incumbent party candidate is charismatic or a national hero. Lichtman: 5 to 7. The Left can’t stand Trump, but 15,000 to 30,000 people showing up at airport stops, with many attendees from the ranks of Democrats and unaffiliated voters, can’t be overlooked.

13. Challenger (party) charisma: The challenging party candidate is not charismatic or a national hero. Lichtman, 6 to 7. Joe Biden has perhaps the lowest charisma quotient that Democrats have nominated since… forever.

One might also observe that with gasoline under $2.17 per gallon; Trump’s minority voter support having tripled since 2016; and a challenger with health problems, who is frequently not on the campaign trail, and is tainted by scandal even as the mainstream press censors the news, it is game over.