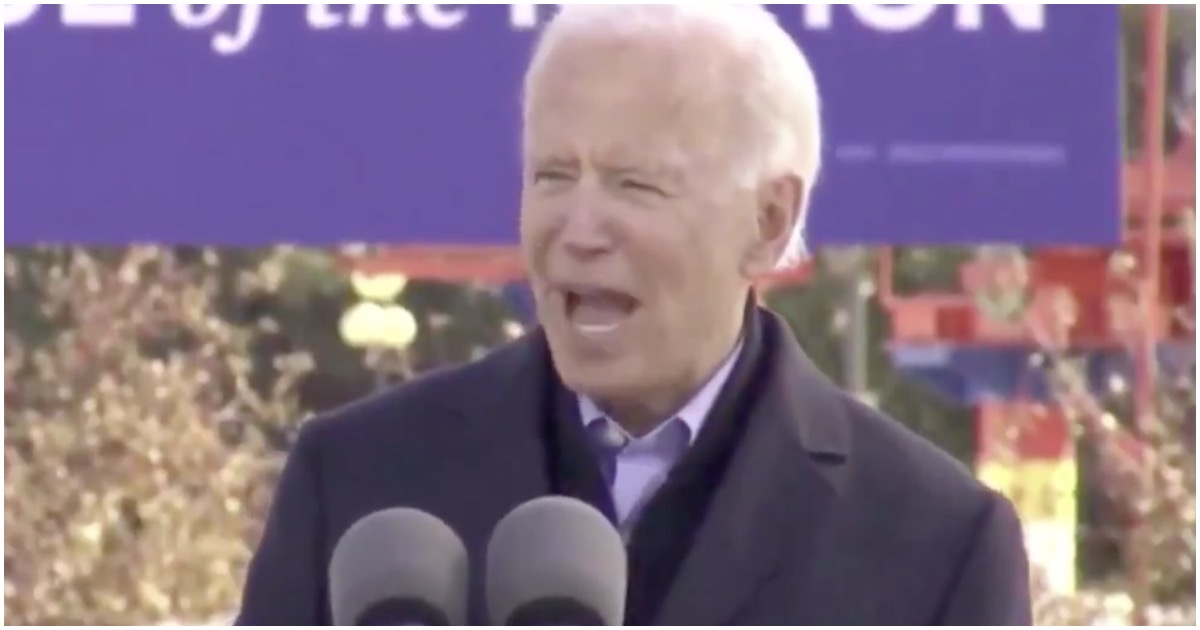 The following article, Joe Biden At Latest Rally: ‘America Is Dead Because of COVID-19’ — Watch, was first published on Flag And Cross.

Biden: “America is dead because of COVID-19” pic.twitter.com/tDhlzvuRUb

How can anyone with a functional brain vote for a DemonRAT. All they preach is gloom, and doom!