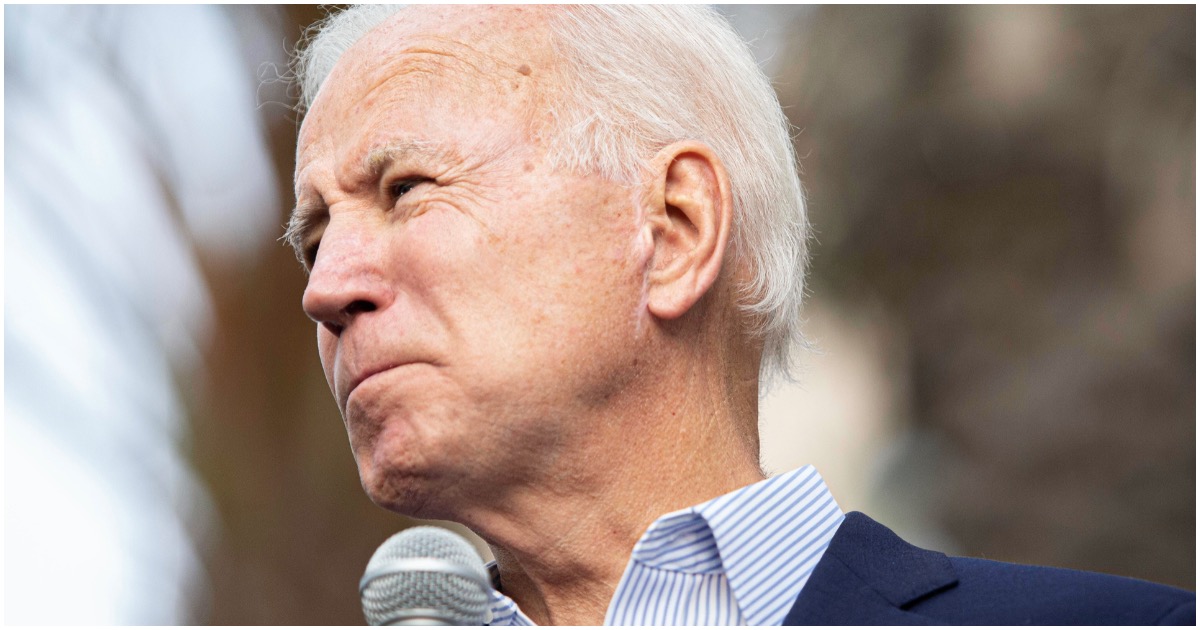 The following article, DAVIDSON: Why Is the Left, And His Family, Abusing Joe Biden?, was first published on Flag And Cross.

With his abysmal showing at a sparsely attended “driven in” rally, Joe Biden appears to be a victim of elder abuse. Who knows what’s going on? His wife or his son or somebody has convinced him that he could stay in the race for president.

The U.S. CDC — Centers for Disease Control and Prevention — states, “Elder abuse is an intentional act or failure to act that causes or creates a risk of harm to an older adult. An older adult is someone age 60 or older. The abuse often occurs at the hands of a caregiver or a person the elder trusts.”

“Victims often have to decide whether to tell someone they are being hurt or continue being abused by someone they depend upon or care for deeply,” the CDC reports, and, “Elder abuse is common. Abuse, including neglect and exploitation, are experienced by about 1 in 10 people aged 60 and older who live at home.”

According to Newsbreak, “Democrats’ uncompromising lust for power and residual rage from their 2016 election loss is on full display through the cruel and immoral exploitation of former Vice President Joe Biden.”

The effects of elder abuse can be fatal. The National Council on Aging reports that elders who have been abused have a 300% higher risk of death when compared to those who have not been mistreated.

A Form of Exploitation

With what we’ve all witnessed, how can one not at least consider that what’s being done to Joe Biden is a form of exploitation, even if he wants to run for president? He is 77 years old, due to turn 78 on November 20, 2020. He was never the sharpest tool in the shed. Now, it’s clear that he suffers from mental lapses.

Joe has confused Donald Trump with George Bush, Iran with Iraq, his sister for his wife, and his presidential run with a senate run. He has claimed that Trump is the only one calling for defunding police. Most telling, he has referred to the ‘Harris-Biden administration.’

Outside of the debates, where he sleeps all day beforehand, and then is pumped up with some kind of stimulant, Joe Biden only can speak for so many minutes, too often with a teleprompter. It’s been speculated he’s drugs help him to increase his alertness, at least for short intervals.

Left to his own devices, such as answering something other than a softball question, Biden goes off on a tangent that makes his supporters shutter. He’s done this so frequently that YouTube compilations on his gaffes, strange conclusions, and outright foibles are readily available.

No one on the Right truly wants Biden to win the election. Still, many people feel it’s unfortunate that he’s being propped up by a political party which wants him as a puppet. Running mate, Kamala Harris is from California. The Democrats already have California sewn up, at every presidential election, so no strategic value accrues, vote-wise, in choosing her. Instead, they sought the most far-left candidate in the senate, sensing that Joe is won’t last four years. Ergo, Joe Biden is being exploited.

What sort of political party would subject a candidate to such treatment? What else are they capable of, if they’re willing to brazenly exploit Joe Biden? While running cover for Biden at every opportunity, the Left, predictably, attempts to portray Donald Trump as having mental lapses. Anytime he slurs a word, or says something that is not completely coherent, the Left jumps on it.

Yes, President Trump rambles, infrequently, with awkward sentence structure. However, in front of a large group, teleprompters or not, invariably, he is one sharp, witty guy, who keeps his crowds enthralled. Future political candidates will study his technique because the day of the boring politician is pretty much over. Somebody who stands in front of a group and issues platitudes will command little attention.

Unquestionably, mental decline is a huge hurdle for any presidential candidate. Democrats don’t care beans, however, about Joe Biden, the person. They are aware that he is ill, and his health is irrelevant to them. Biden is merely a prop for them to collect votes. If he faints or dies a day after the election or a day after inauguration, for Democrats, it’s still mission accomplished.

Continue reading: DAVIDSON: Why Is the Left, And His Family, Abusing Joe Biden? ...

Old china-joe came to the top of all those inferior dem candidates during their primary elections and now the dems are stuck with joe. Meanwhile joe’s wife want into the whitehouse so badly that she is willing to allow joe to be seen as the old senile & corrupt fool he is showing Americe & the world. Can there be any doubt that if the biden/harris duo win, that harris would soon be declared president….