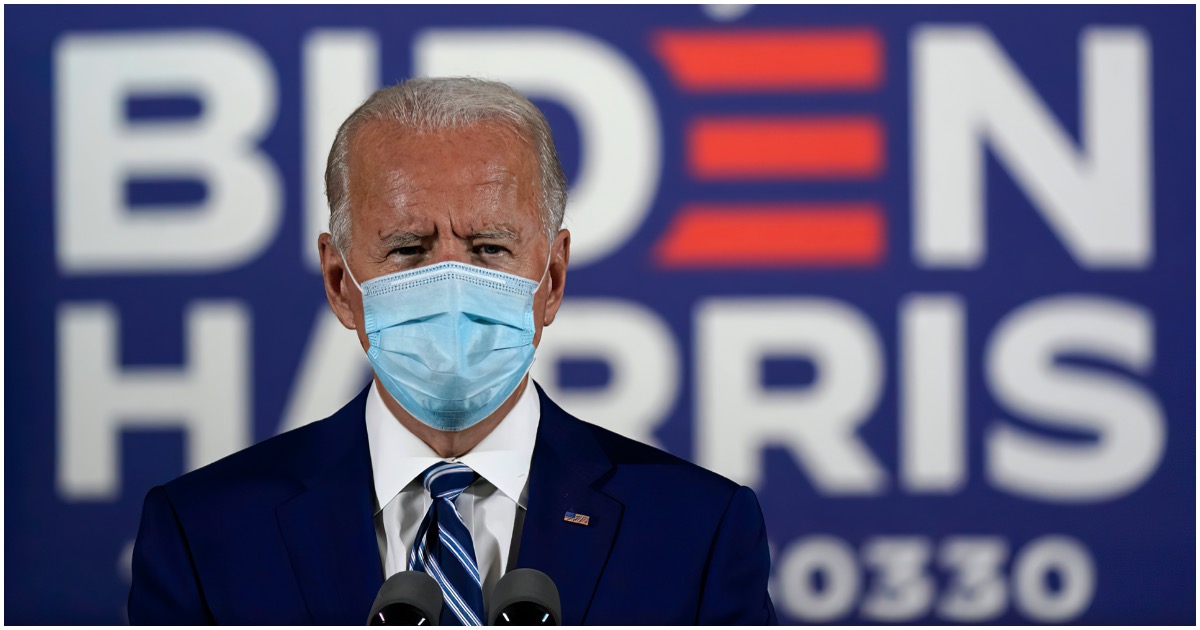 A book that was released not too long ago details how multiple members of the Biden family became rich thanks to Joe’s position as vice president of the United States.

In other words, Joe leveraged his public position as one of the most powerful men in the world to his advantage, which in turn benefitted his relatives.

When confronted on Wednesday evening, Jim Biden was virtually speechless.

EXCLUSIVE: Jim Biden, the brother of Democratic presidential nominee Joe Biden, refused to answer questions Wednesday when approached by Fox News outside a house in Maryland about claims the former vice president had knowledge about the family’s overseas business ventures.

Approached at a residence on the Eastern Shore, Jim Biden repeatedly rebuffed questions in his driveway as Fox News asked questions from a distance in the street.

“I don’t want to comment about anything,” Jim Biden said.

Asked if he cared to answer questions, Biden said: “Nope.”

What more do Democrats need to know about Joe and his corrupt family?

Are there any gaffes, racial or just plain ignorant, that he has yet to make? Has he done anything to benefit America during his decades in public service?

Come on, people. Get over the hatred of Trump so America can finally move forward.

And yet the man had no idea his son was using his connection to get big paying Burisma job. The more I see of Joe the less I like him.

Biden has always had a lot to say on foreign policy. And he’s always been wrong.

This is what Dems believe commands respect on the world stage? Respect is earned, not commanded. “Garner respect” would be the better term.

@JoeBiden's facelifts make him look like th @MadameTussauds wax figure of a human being. or an avatar. and enough with th high-beam porcelains. how about th mansion he's lived in on an estate since 1977 while claimG to be th poorest person in congress. #DonorClassJoe #LyinBiden

Suppose the biden crime family is very nervous right now? They had better hope for a biden win so all their corrupt & criminal actions are then buried.