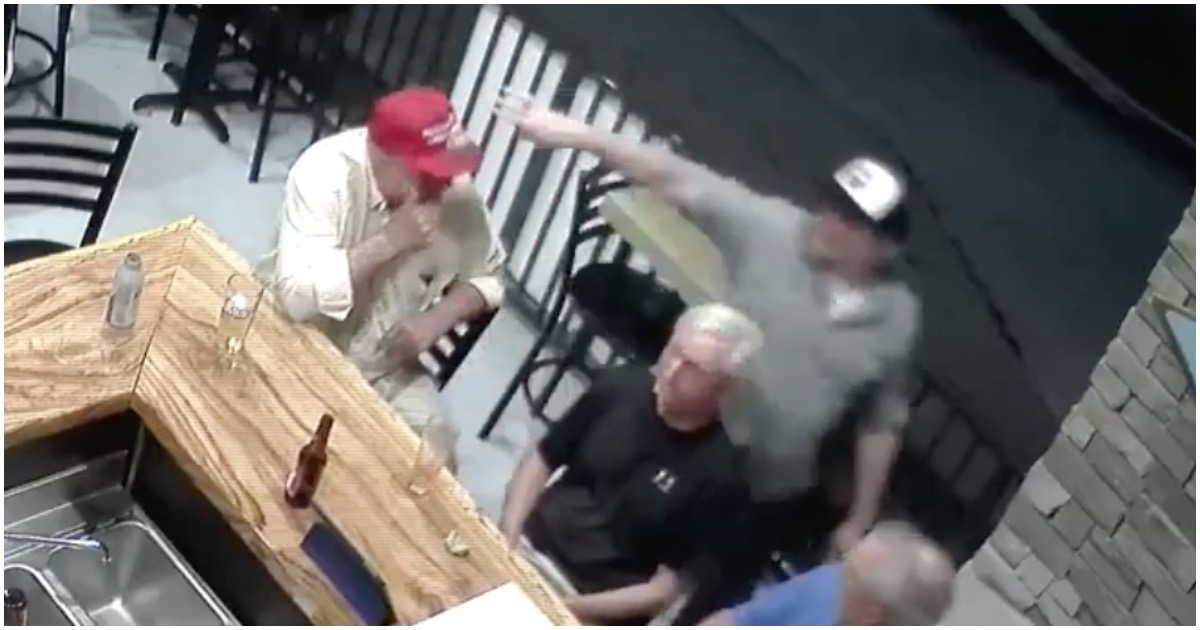 The following article, Flashback: Man Spits On 67-Year-Old for Wearing MAGA Hat, Gets 90 Days Behind Bars, was first published on Flag And Cross.

*Originally published January 2020* Don’t be a public supporter of the president of the United States or…well, America, in general. Just don’t do it. It’s not good for your health.

That’s what lefties want you to think.

And they’ll do whatever they have to do to drive that point home.

Here’s just one of the latest examples, via The Hill:

A Florida man was sentenced to 90 days in jail after spitting on a man wearing a “Make America Great Again” hat at a restaurant in southern Florida.

According to court documents obtained by Treasure Coast Newspapers, Ajple told Youngblood, “You should go back to Russia you … communist,” before slapping his hat off and spitting on him.