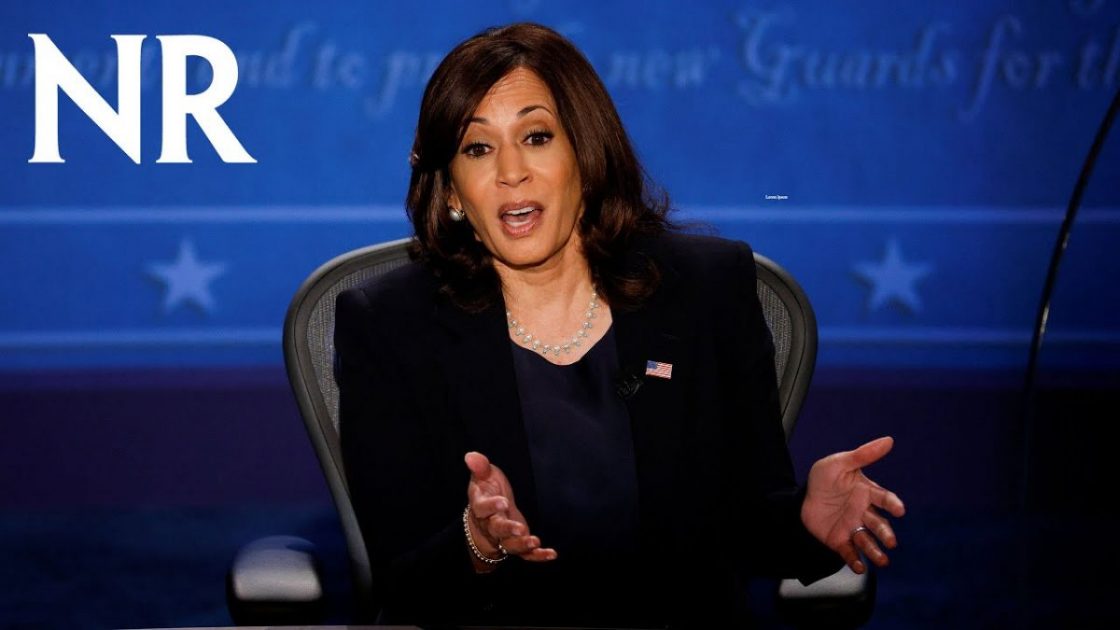 The following article, Kamala Harris Says She Thinks President Trump Is A Racist, was first published on Flag And Cross.

Democratic vice presidential nominee Sen. Kamala Harris was recently asked in a 60 Minutes interview if she believed that President Donald Trump is racist. And, being the good little leftist that she is, you can probably already guess what her answer was.

The interview, which aired Sunday, featured anchor Norah O’Donnell mentioned to Harris how the president recently called her “nasty” and a “monster.”

“This is not the first time in my life I’ve been called names,” the California senator said. “It was predictable, sadly.”

“Yes, I do,” Harris responded and provided evidence for why she thinks so.

“You can look at a pattern that goes back to him questioning the identity of the first black president of the United States. You can look at Charlottesville, when there were peaceful protesters, and on the other side, neo-Nazis, and he talks about fine people on either side. Calling Mexicans ‘rapists’ and ‘criminals.’ His first order of business was to institute a Muslim ban. It all speaks for itself,” Harris said.

Trump has repeatedly denounced white supremacy. During Thursday’s presidential debate, Trump called himself the “least racist person in this room.”

This is the same tired old narrative the mainstream media has been pushing for years now. When someone comes along that actually has a set of principles that don’t line up with their own, and that person is willing to stand on them and push back against the insanity of the progressive movement, the only thing these folks can throw out at you is the “racist” label.

It’s a word that has now lost all of its meaning. This insult no longer stings. People ignore it because they know we live in a strangely PC culture and they are frankly getting sick of it.

Maybe it’s time for Democrats to come up with something new to slander people with?

Roses are red ,Kamala ain’t Black ,Joe’s in his basement and Hunters on crack

Kamala thinks Trump is racist, remember she thinks. Maybe she should not think anymore. Any one that they think is racist must be racist themselves.

Kamala is the true racist.

Camel thinks everyone in a racist; I think Biden should have selected a real Sister.

I think the Fake News is doing the US a huge disservice by under stating the accomplishments of Donald Trump.

Last year harris called biden a racist & molester, and now she is his buddy??

If sleepy joe gets it she will be your next president