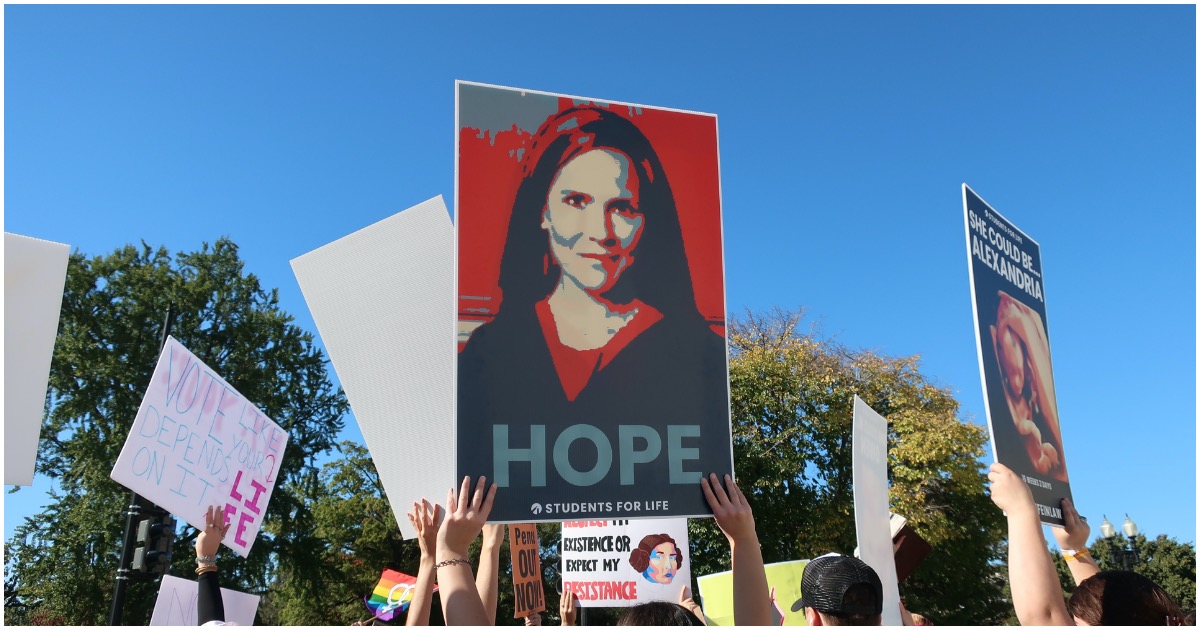 The following article, ‘Hell No!’ Democrats Erupt On Social Media After Barrett Is Confirmed to Supreme Court, was first published on Flag And Cross.

The final vote was 52-48. Amy Coney Barrett has been confirmed as an associate justice of the Supreme Court. Only one Republican, Susan Collins of Maine, sided with Democrats.

Thankfully for the country, the nation’s highest court should now have a solid conservative bent.

As you’d imagine, the left is losing their collective mind.

During the vote to confirm Judge Amy Coney Barrett to the Supreme Court on Monday evening, Democratic Sen. Mazie Hirono (HI) cast her vote as a “hell, no” before appearing to storm out.

And here are more reactions…

Today Republicans denied the will of the American people by confirming a Supreme Court justice through an illegitimate process—all in their effort to gut the Affordable Care Act and strip health care from millions with pre-existing conditions.

We won’t forget this.

Republicans do this because they don’t believe Dems have the stones to play hardball like they do. And for a long time they’ve been correct. But do not let them bully the public into thinking their bulldozing is normal but a response isn’t. There is a legal process for expansion.

"Should we expand the courts? Let's take a look and see. Maybe we need more District Courts as well." pic.twitter.com/Zh4rDQ6b5m

By expanding the court we fix this broken system and have the court better represent the values of the American people.

Continue reading: ‘Hell No!’ Democrats Erupt On Social Media After Barrett Is Confirmed to Supreme Court ...