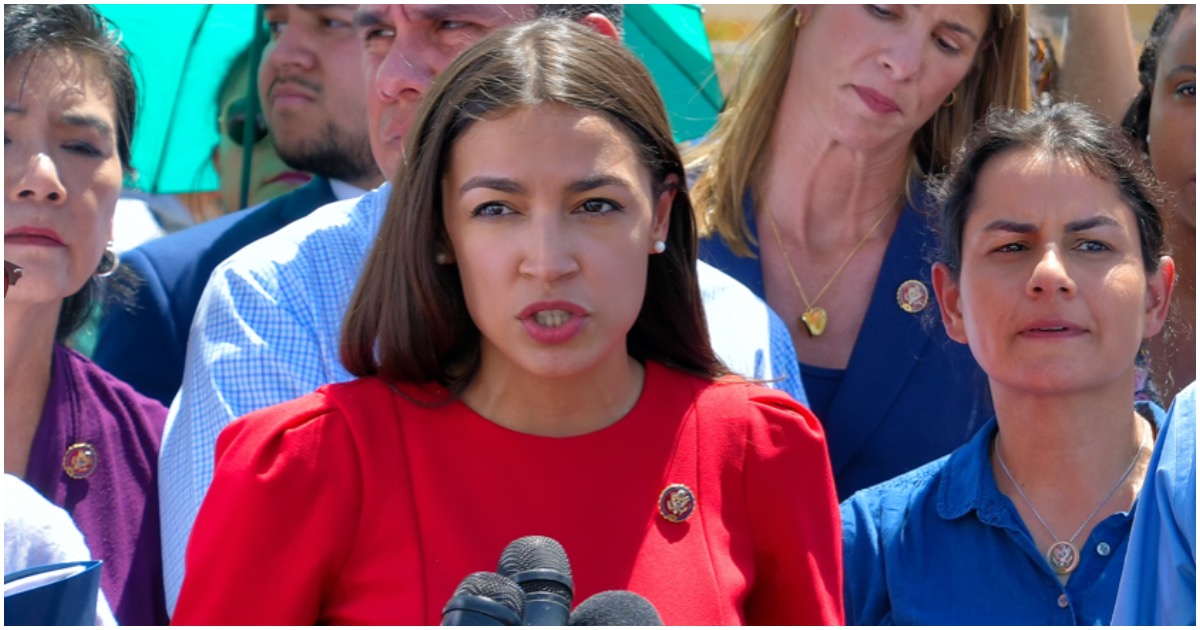 The following article, Leftist: AOC Type of Catholic Women Can Look Up To, Not Coney Barrett or ‘MAGA Nuns’, was first published on Flag And Cross.

Liberals say the darnedest things. They certainly don’t think before they send messages. To even imply that Democrat Socialist Alexandria Ocasio-Cortez is a Catholic role model is far beyond the pale.

You cannot be Catholic and stand for what AOC does, like abortion. It’s that simple.

But don’t tell that to the left. They have their own angle to push.

It has been discouraging, to say the least, that the public face of Catholic women in America in the past weeks has primarily been Amy Coney Barrett and MAGA nuns. Who's a Catholic woman in America we can actually look up to right now? Here's my pick. https://t.co/wrb9a4jmCQ

Here are the ‘MAGA nuns’…

Bizarre and disgusting. Positioning nuns wearing MAGA masks directly behind @realDonaldTrump at his Ohio rally. Are they praying for the hundreds of thousands of COVID deaths Trump is responsible for? pic.twitter.com/VossnghjnP

The 3 nuns attending Trump's rally in Ohio today are from the order of the Children of Mary in Cincinnati, OH. Here's a comparison of their picture from the rally today without face masks and a picture from their website. I am not using their names.https://t.co/MirzY3KzDc pic.twitter.com/HYMnlfiwHF

Congrats Peter! You're about to go viral by doxxing nuns! Enjoy your newfound fame! You must be so proud…

Hey everybody! Help Peter out by retweeting his great post where he has the courage to dox nuns!

Such a brave man!!

Hey aren't you the same Peter Vroom who was chief of staff of convicted child molester Denny Hastert? What did you know about that, hmm? I wonder what would happen if an enterprising individual were to discover you knew something and didn't do anything. Hmm.

So what?
Now you're doxxing…checks notes….NUNS?
You're embarrassing.
You cancel culture people are fascistic.

Continue reading: Leftist: AOC Type of Catholic Women Can Look Up To, Not Coney Barrett or ‘MAGA Nuns’ ...