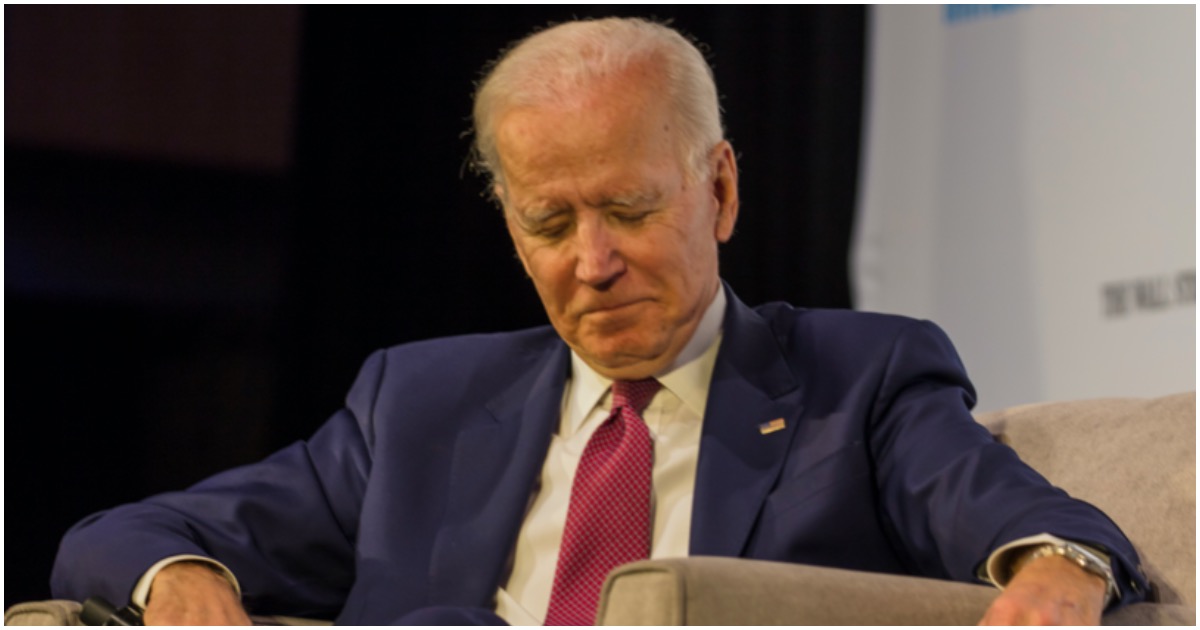 The following article, ICYMI: Biden Campaign Now Admitting Joe May Have Met With Burisma Executive, was first published on Flag And Cross.

Joe Biden, the absolute best Democrats had to offer in 2020, is on record saying he has “never spoken to my son about his overseas business dealings.” Joe lied. Go figure.

Now, his campaign is saying that yeah, Joe probably did meet with a Burisma executive.

Reason number (fill-in-the-blank) as to why nobody should ever vote for a Democrat.

The campaign for Democratic presidential nominee Joe Biden admitted that it’s possible that Biden may have met with an executive for Burisma, a Ukrainian energy company, during his time as vice president when his son was a board member of the company.

The Biden campaign released a statement condemning reporting from the New York Post that revealed an email alleging that Biden’s son Hunter brokered a meeting between his father and Vadym Pozharskyi, an adviser to Burisma’s board. The campaign ruled out any official meetings between Pozharskyi and the former vice president, but could not say that the two never met.

Joe Biden: “I have never spoken to my son about his overseas business dealings.” pic.twitter.com/LABg8pJP9I

Here’s more from the fallout on Wednesday…

This is a Big Tech information coup. This is digital civil war.

I, an editor at The New York Post, one of the nation’s largest papers by circulation, can’t post one of our own stories that details corruption by a major-party presidential candidate, Biden. pic.twitter.com/BKNQmAG19H

I asked @CurtisHouck why his Twitter account was locked: "I posted the NY Post story as screencaps with the caption "Nothing to see here." That was it! Absolutely incredible. They won't even let me send screencaps of my suspension in DMs, claiming an "error" has "occurred."

Biden campaign responds to the NY Post story. Critically they only say that such a meeting never took place and do not challenge the veracity of the emails or photos

.@Facebook I want to know on what grounds you are actively censoring a news report about potentially illegal corruption by the Democrat candidate for president. If you have evidence this is “disinformation,” disclose it immediately. Expect a formal inquiry from my office

This Facebook employee is actually bragging about interfering in the election AND trying to rig the outcome for Joe Biden!

This MUST be stopped. https://t.co/bTKRkWOgwH

Our communication around our actions on the @nypost article was not great. And blocking URL sharing via tweet or DM with zero context as to why we’re blocking: unacceptable. https://t.co/v55vDVVlgt

Old china-joe a liar! But hasn’t his entire life been lies and corruption, so nothing new here. Have to wonder why his handlers are admitting his lies at this point though?