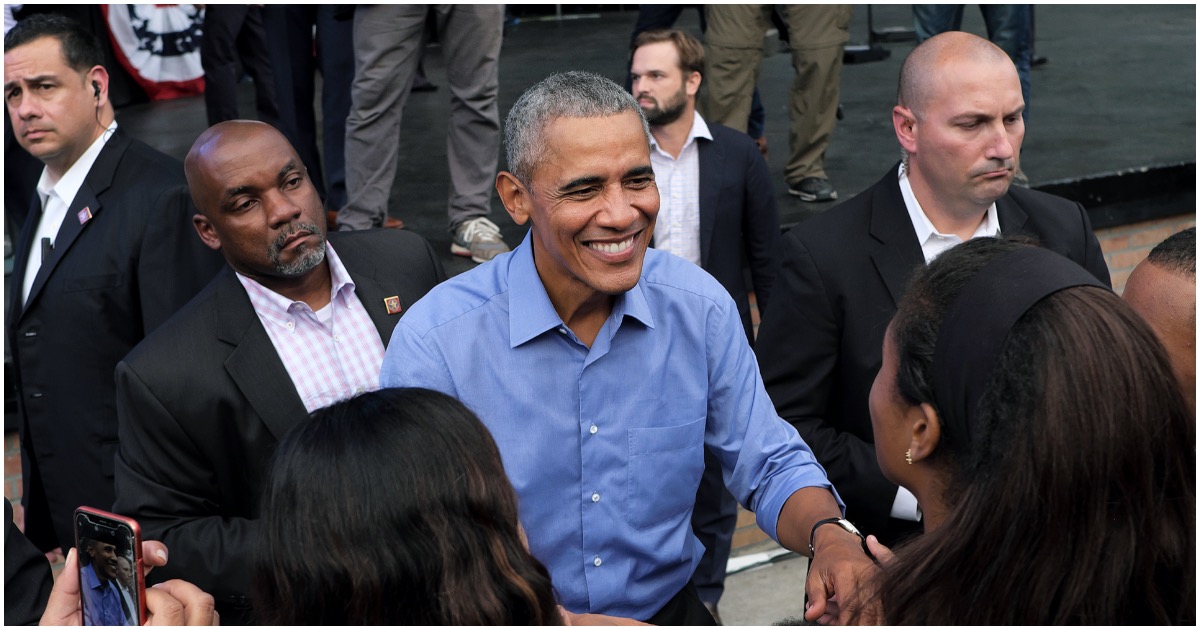 The following article, Barack Obama Draws Only 228 Cars, 400 Total People to Rally for Joe Biden, was first published on Flag And Cross.

Barack Obama shouldn’t be allowed in public after what his policies did to America during his two terms in office. Of course, that’s not to mention how his administration spied on Donald Trump’s 2016 campaign.

That being said, the man who waited until the last possible minute to endorse his former VP is finding out he’s not as popular as he used to be.

It’s no secret that Democratic presidential candidate Joe Biden and his VP pick Sen. Kamala Harris (D-CA) have struggled with less than stellar supporter turnout at their events, drawing crowds so small that local anchors have been left scratching their heads on-air.

For example, on Saturday, only 130 cars reportedly showed up for a Biden drive-in rally at the Bucks County Community College in Newtown, Pennsylvania, according to the New York Post.

While asking Floridians to support Biden at a drive-in rally on Saturday, Obama drew a mere 228 cars and 400 people total, according to the Biden campaign, journalist Tim Perry said.

The scene at Florida International University in Miami where former President Barack Obama will soon take the stage to campaign on behalf of Joe Biden and Kamala Harris pic.twitter.com/XSU4Ho8um1

Okay Obama. You conned us all and got your 12 million dollars and your Netflix deal. Now please just shut up and go away.

Ok, where are the cars?