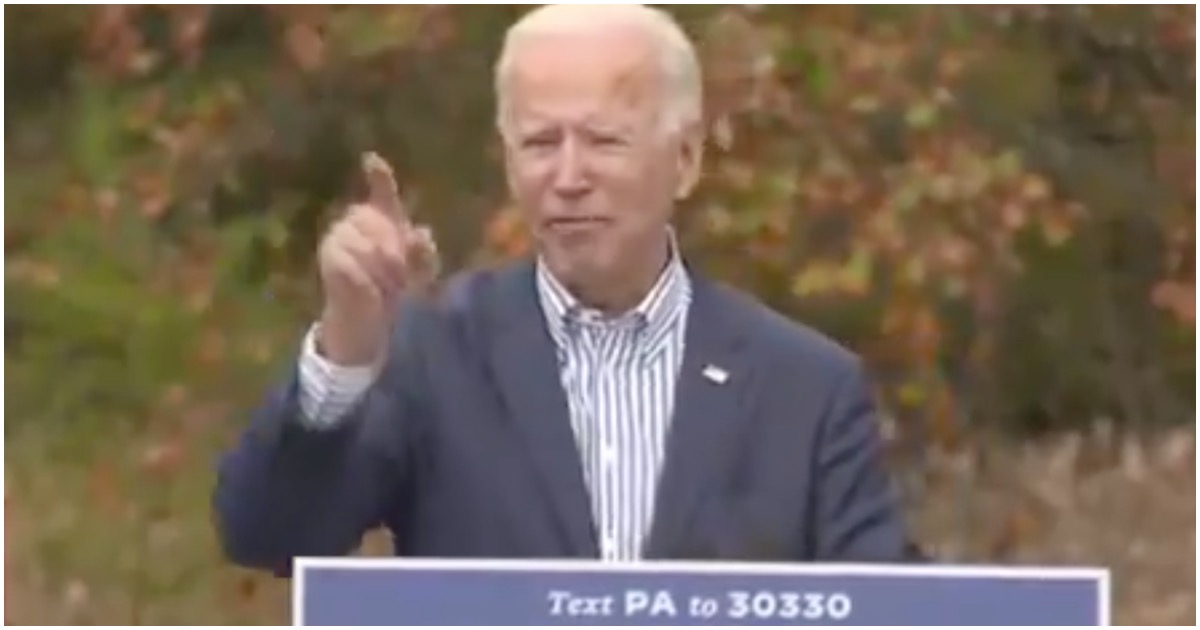 The following article, WATCH: Biden Says He’ll Be A President For the ‘Chumps’ Who Don’t Vote for Him, was first published on Flag And Cross.

Joe Biden and the left claim to be all about unity, but they very clearly don’t understand what the term means. In no way, whatsoever, is the Democrat Party a big tent.

Joe proved that on Saturday during a speech in Pennsylvania.

You can’t call people “chumps” and still say you’ll have their best interests in mind. It doesn’t work that way.

If you watched President Trump’s Thursday night town hall on NBC, you probably noticed that POTUS was pretty much debating host Savannah Guthrie. If you tuned in to ABC’s town hall with Joe, you saw the former VP field softball questions and get away with whatever he wanted.

Continue reading: WATCH: Biden Says He’ll Be A President For the ‘Chumps’ Who Don’t Vote for Him ...

Nah joe, we ‘chumps’ are all going to vote for Trump again.