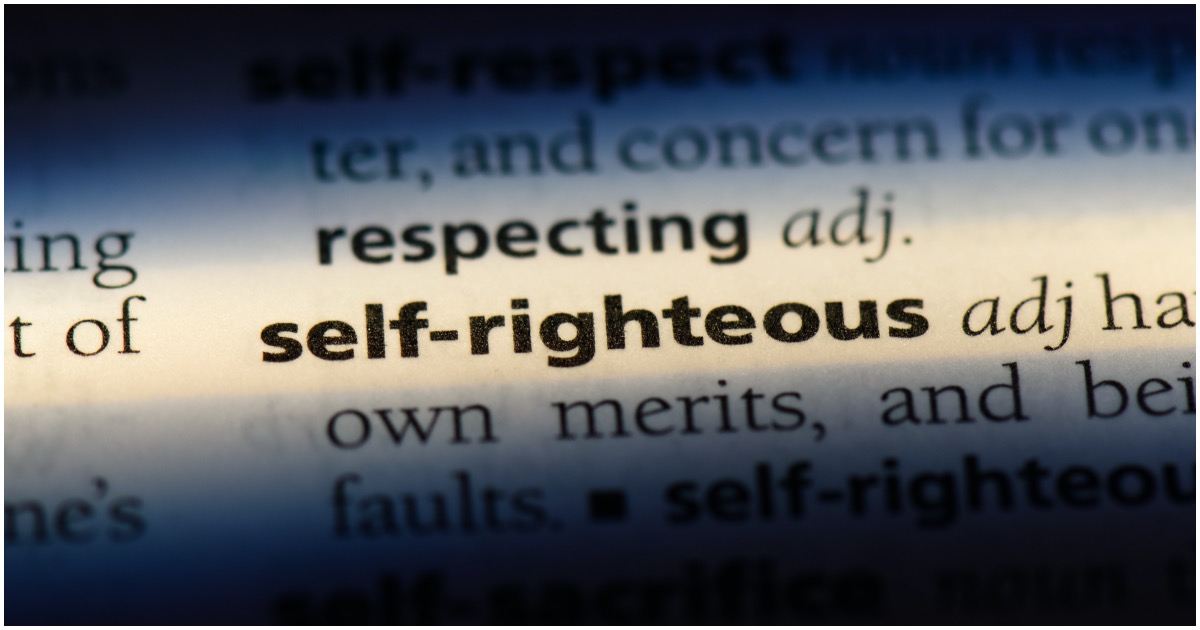 The following article, DAVIDSON: The Self-Righteous Left Will Soon Feed on Itself, was first published on Flag And Cross.

In their naive and ultra-simplistic worldview the Left sees only there is ‘good’ and there is ‘bad,’ and they’ll be the judge of that. Their soft spot for Native Americans includes a ready-made narrative about the absolute nobility of our earlier continental inhabitants.

Early inhabitants of North America originally migrated from Siberia over the probable land bridge at the Bering Strait, through Alaska and Canada, to what is now the United States, Mexico, Central America, and South America. These “Native Americans” had presumably preceded European explorers arriving in the 15th century.

Displayed many admirable traits, individually and collectively, Native Americans have been showcased with the rise of political correctness. That Native Americans, per se, did not represent a unified, homogeneous people is overlooked. More than 1000 nations occupied North America from the middle of the first millennium. To this day, 574 Indian tribes are legally recognized by the U.S. Bureau of Indian Affairs.

So it happens with people everywhere, some nations – referred to as tribes – were peace-loving. Some were warring. Some respected nature; some did not. Many of the peace-loving characteristics we ascribe to Native American nations might actually be attributed to the curious fact that they hardly ever encountered each other.

Here’s news: Native American nations rarely interacted with each other unless they sought out one another to do battle or to trade. Until the introduction of the horse, brought over by Europeans, it was rare for a member of one tribe to see someone from another tribe.

Years back, I visited an exhibit at the Smithsonian Institute in Washington D.C., which showed that during the 100-year period when Native Americans relied heavily upon horses for mobility, roughly 1785 to 1885, some tribes engaged in hellish warfare with each other. Without being provoked, some nations decimated other peace-loving nations, and braves earned respect by committing barbarous acts against members of other tribes. Captives were turned into slaves. Entire villages were raped and plundered, as they had been in Central America since at least 500 A.D.

Slaughtering Each Other is Okay?

The Lakotas, mythologized in Kevin Costner’s Dances with Wolves, hacked off the limbs and scalps of those whom they slaughtered. They would proudly exhibit such trophies with their tribe, particularly with the women, who held victory celebrations that included parading with severed limbs on sticks and dancing about with them hoisted high. The reality is that Native Americans often butchered one another, took slaves, made the conquered pay tribute, and forced the attractive women to be concubines.

The poor braves who returned without such trophies felt ostracism and a bitter social sting from the tribe’s women. These women would make the warriors’ lives hell on earth until they “proved” themselves, and then re-proved themselves by murdering more braves of other tribes and hacking off more limbs. Among some nations, continual warfare was a way of life. Living peacefully with other nations was not within the norms of their culture.

Ken Burns’ PBS series The West gives short shrift to long-standing, gross incidences of Native American inhumanities to each other. Meanwhile, Burns highlighted the transgressions of the imperious white man. What political agenda is was he promoting? Do historically, or geographically, related peoples have a “justifiable” right to brutalize each other? Is it politically “incorrect” that the technologically and tactically superior Spaniards, whether led by Cortes or Desoto, were more efficient at man’s inhumanity to man?

Before modern Europeans ever set foot in North America, Native Americans bestowed horrific carnage upon each other. Aztec artifacts reveal battles between warring factions as hostile as any in history. Entire villages, including babies, were wiped out. Unspeakable horrors were committed in the name of power, glory, and riches. Rape was followed by dismemberment (of the living, no less) and decapitation.

Creek, Comanche, Pawnee, Haida, and Tlingit, among many other tribes, enslaved those who they captured in battle. The Incas engaged in regular rituals of human sacrifice. The Aztecs might eat the hearts or livers of their enemies, in some cases, actually plucking out the hearts or livers of live victims, known as vivisection. The victors felt it made them stronger.

To Generalize is To Deceive

Why do I call attention to decapitation, dismemberment, consumption of human organs, and vivisection? It is not to cast aspersions on natives everywhere, but to hone our present-day observations. When one makes sweeping generalizations about groups, it is stereotyping, even if the stereotype is presumably “positive.”

On every continent, in every nation, and at every locale, for all of human history, “good” people and “bad” people have existed, to the denial, or ignorance, Leftists.

Continue reading: DAVIDSON: The Self-Righteous Left Will Soon Feed on Itself ...