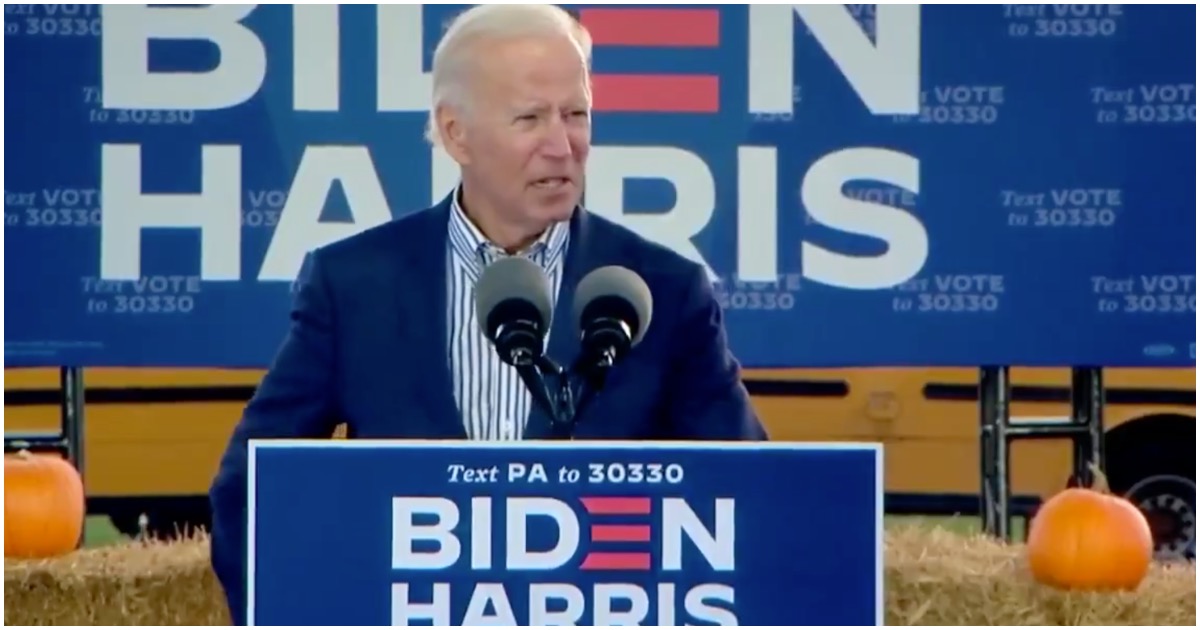 The following article, Biden Brags About Having ‘Most Extensive Voter Fraud Organization’ in History, & More Gaffes, was first published on Flag And Cross.

No matter how many gaffes or racist comments, Joe Biden always seems to get a pass. The amount of corruption doesn’t mean anything to the mainstream media, either.

Here are some notable Biden moments from an event on Saturday.

Finally old china-joe came out with a true statement, as he and the democrat political party do seem to have a very large voter fraud scheme going again this election year. They found that dead people’s votes & illegal’s votes didn’t do it in 2016 so they came up with flooding the mailboxes with ballots for liberals to fill out and mail. Their motto of ‘vote early & vote often’ continues.