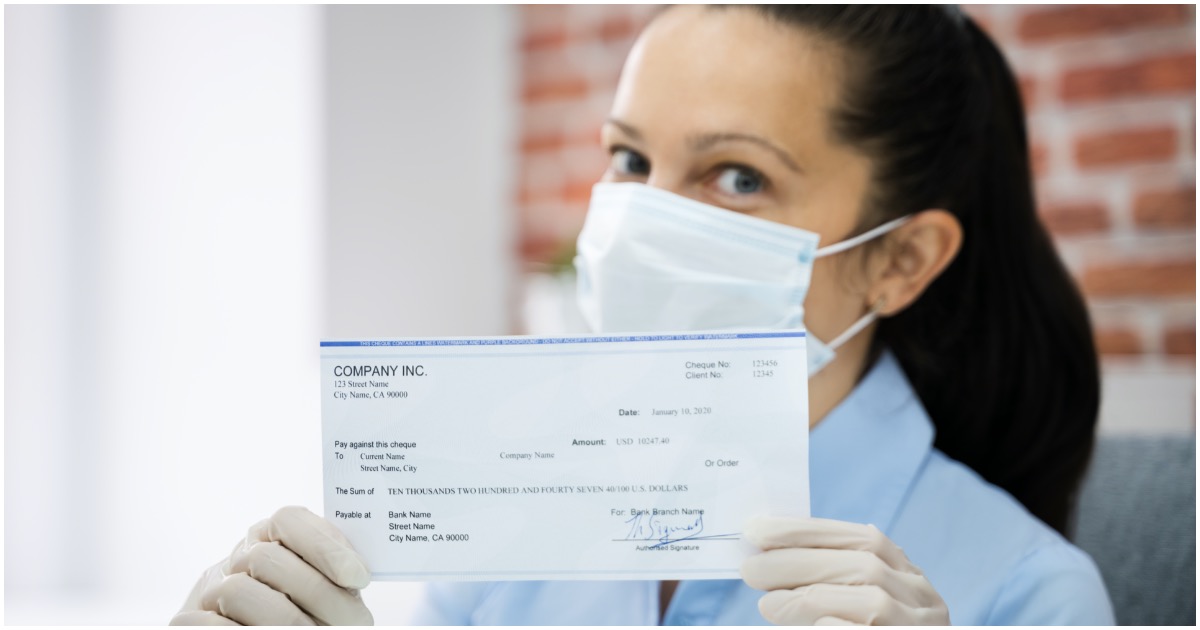 The following article, Another $1200 Stimulus Check May Soon Be Coming to Americans, But Not Before Election, was first published on Flag And Cross.

President Trump has managed to get a lot done, despite dealing with a Democrat-run House of Representatives. The only reason he can’t do more for the American people is because Dems don’t want to give him a victory.

That alone should tell you everything you need to know about the left.

Anyway, anybody in need of another $1200 stimulus check?

The White House and House Speaker Nancy Pelosi look like they’re on the cusp of making an economic-aid deal that would send Americans a second round of $1,200 stimulus checks.

“I think we’re just about there,” Pelosi told reporters on Thursday after meeting with Treasury Secretary Steven Mnuchin.

What’s holding up the next economic aid package? Earlier this week Democratic leaders were seeking an economic stimulus bill worth at least $2.2 trillion, while the White House was at $1.9 trillion. On Thursday, Pelosi said the two sides are closer now; however, she didn’t disclose the numbers.

Their main areas of disagreement—outside of the total package size—Pelosi said Thursday are on items like a steep increase in federal aid to state and local governments, which Democrats support, and COVID-19 lawsuit immunity for businesses, which Republicans support.

Continue reading: Another $1200 Stimulus Check May Soon Be Coming to Americans, But Not Before Election ...