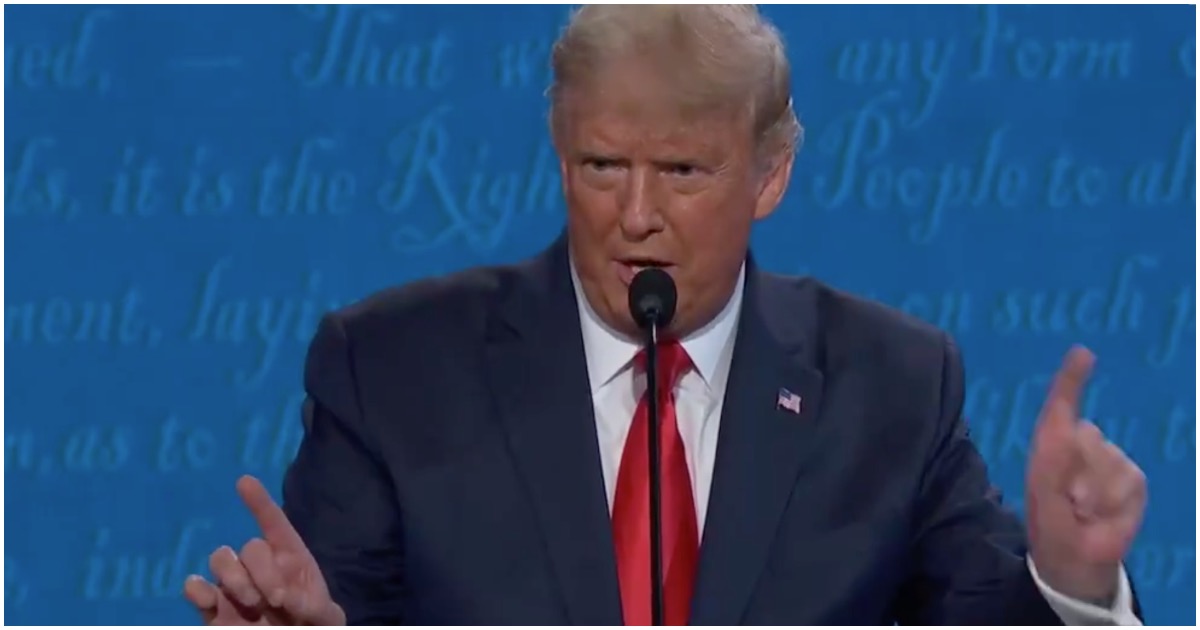 The following article, Some Leftists Think Trump Was Talking About Literal ‘Coyotes,’ Don’t Know What Term Means, was first published on Flag And Cross.

“Coyotes” is a word used very, very often when it comes to talking about America’s southern border with Mexico. You certainly know this, but “coyotes” are people who smuggle others into the United States.

Don’t tell that to the left, though.

When President Trump used the term at Thursday night’s final debate with Joe Biden, liberals acted as clueless as ever.

President Donald Trump referenced “coyotes” helping to smuggle families from Mexico across the southern border into the United States when addressing the topic of illegal immigration during Thursday night’s presidential debate.

“Children are brought here by coyotes and lots of bad people, cartels, and they’re brought here, and they used to use them to get into our country,” he said. “We now have as strong a border as we ever had. We have over 400 miles of brand new wall, you see the numbers. And we have to let people in, but they have to come in legally.”

“These 500 and plus kids came with parents … coyotes didn’t bring them over,” Joe Biden says, responding to President Trump. “It makes us a laughing stock and violates every notion of who we are as a nation.” https://t.co/HR9MFfjFDv #Debates2020 pic.twitter.com/q3eC25URJB

Too bad that Democrats do not understand words. They have to contact Orwell’s NEWSPEAK.

And leftists show up as unknowing again, but can’t fix stupid.

I’ve been familiar with the use of the word “coyote” – in conjunction with human trafficking across our southern border – for several years now. It’s a commonly used term.