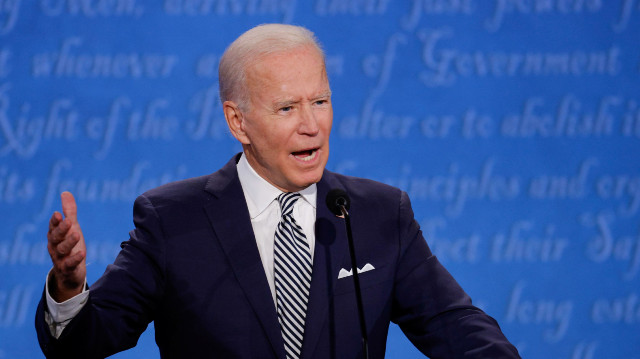 The following article, Biden Says He Never Called For End To Fracking During Debate, But He Did Back In 2019, was first published on Flag And Cross.

President Donald Trump and Democratic presidential nominee Joe Biden went head-to-head in Thursday night’s final presidential debate on the topic of energy police and how their plans for reform might impact American workers.

During the debate, held in Nashville, Tennessee, the president accused Biden of going all in on a radical leftist environmental agenda that would completely ban fracking and obliterate the oil industry.

During their debate in Nashville, Tenn., Trump accused Biden of embracing a radical environmental agenda that would ban fracking and destroy the oil industry.

“He was against fracking,” Trump said. “He said it … until he got the nomination, went to Pennsylvania, then he said — but you know what Pennsylvania, he’ll be against it very soon because his party is totally against it.”

The problem here is that fracking provides hundreds of thousands of jobs in this country. To seek to ban it and get rid of it would put all of these fine people out of work and do massive damage to the economy.

Way back in 2019, Biden was asked during a Democratic primary debate if there would be “any place for fossil fuels, including coal and fracking, in a Biden administration?”

“No, we would — we would work it out. We would make sure it’s eliminated and no more subsidies for either one of those, either — any fossil fuel,” the former vice president replied.

During the debate on Thursday, the president pressed hard on Biden to answer if he would shut down the oil industry.

“I would transition from the oil industry, yes,” Biden said.

Biden has also come out in favor of the Green New Deal. This piece of socialistic garbage calls for massive reductions in carbon emissions by the year 2050. Conservatives have opposed this particular set of policies for many different reasons, chief among them the obscene costs that would be put on families and businesses.

At the end of the day, this may have been the comment that sealed Biden’s fate. So many states rely on the oil industry and fracking for their economy that to ban this practice would send them into a financial death spiral.

Voters in those states no doubt paid close attention to that particular statement. It’s going to be a hard one to recover from.

Continue reading: Biden Says He Never Called For End To Fracking During Debate, But He Did Back In 2019 ...

Dementia is terrible isn’t it joe….