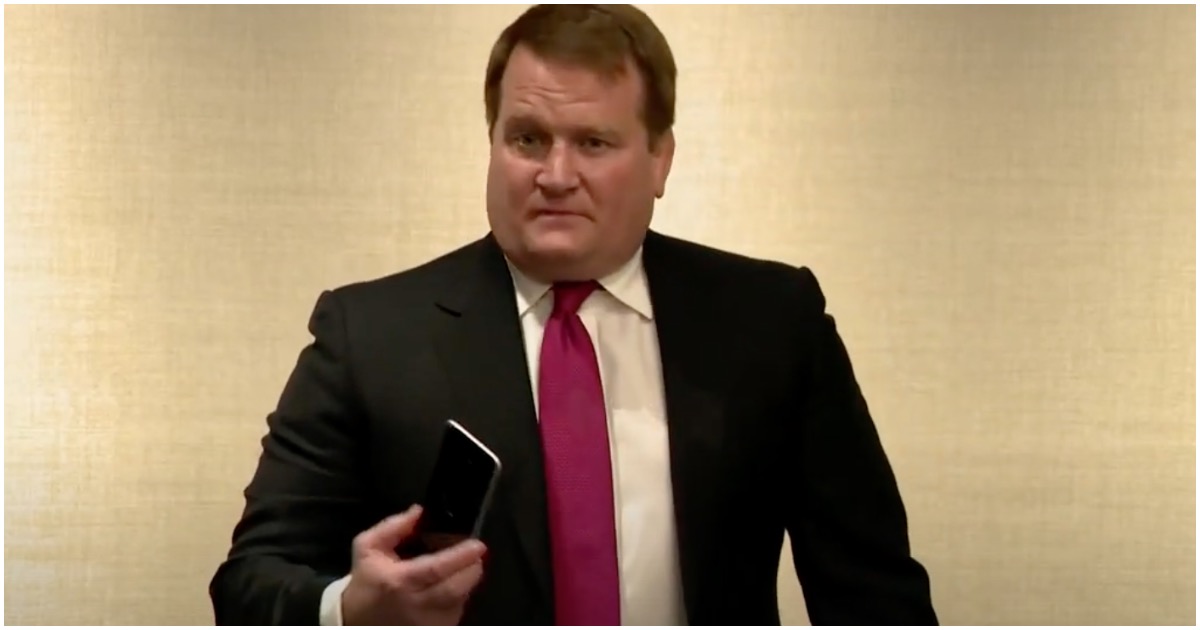 The following article, Former Biden Business Partner: I’m Turning Over All Evidence to the Senate, FBI — Details, was first published on Flag And Cross.

If the mainstream media was honest with the American people, Tony Bobulinski would be a household name right now. But they’re not, so he won’t be.

Unfortunately for Joe Biden, his son’s former partner is spilling the beans.

Tony Bobulinski, a veteran of the U.S. Navy and alleged former business partner of Hunter Biden, held a press conference on Thursday night outlining his allegations against the Biden family. The press conference comes after a laptop allegedly belonging to Hunter Biden was reportedly subpoenaed by the FBI in connection with a money laundering investigation.

This is the problem with the left. They commit crimes while in office and get away with them.

That’s why Trump is president.

1/2 Breaking: Multiple FBI sources…The FBI investigation into the laptop has been ongoing since December of 2019…there's a lot going on behind the scenes. A lot. There is a massive amount of info.

From multiple agents: "They knew right away it wasn't a Russia operation. It went right to the top of the FBI because a Biden name was attached. That's normal with any well known name. The question that needs asking, why wasn't any info about Russia/Ukraine shared with Congress?"

Senator Ron Johnson (R., Wis.) has sent a letter to FBI director Christopher Wray asking him to clarify whether the agency possesses documents from the laptop of Hunter Biden, Fox News reported on Sunday.

The request comes after the New York Post revealed various emails written by or sent to Hunter Biden, who from 2014 to 2019 served on the board of Ukrainian natural-gas firm Burisma Holdings. In an email sent in 2015, a senior Burisma adviser thanks the vice president’s son for providing the “opportunity” to meet with Joe Biden.

It appears the FBI had contents of hunter Bidens laptop since at least December 2019. What did they do to verify the info & take action? why has it taken so long to learn about it? If vp Biden lied about his interactions w hunters foreign business partners, Americans deserve 2kno

Have to hurry up and ‘get elected’ joe, so then you can use a executive order and have the indictments for the biden crime family all dismissed…..