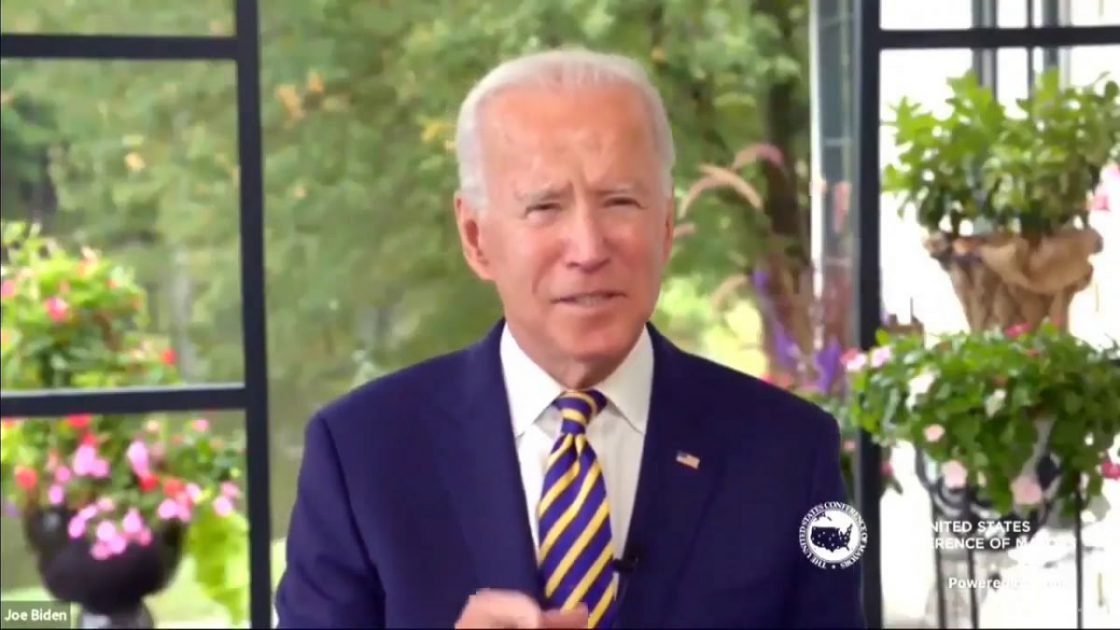 Democratic presidential nominee Joe Biden released a video clip on Thursday morning that revealed he will create a national commission to help reform the current court system, which no doubt is a response to President Trump nominating Amy Coney Barrett to the Supreme Court during an election year.

The statement delivered by the former vice president comes after he has repeatedly refused to answer questions about his position concerning court packing. A lot of folks on the left support this measure as a way to stack the bench with liberal judges so they can pretty much have free reign.

“If elected, what I will do is I’ll put together a national commission of bipartisan commission of scholars, constitutional scholars, Democrats, Republicans, liberal, conservative,” Biden told CBS News. “And I will ask them to over 180 days come back to me with recommendations as to how to reform the court system because it’s getting out of whack, the way in which it’s being handled. And it’s not about court packing. There’s a number of other things that our constitutional scholars have debated and I’d look to see what recommendations that commission might make.”

Joe Biden caves to the radical left, gets on board with destroying the Judicial branch: “Go well beyond [court] packing.” pic.twitter.com/KBeuav3gEK

Biden’s statement comes as he has refused to state whether he supports packing the courts and has stated that voters do not deserve to know if he will do so.

Top Democrats such as Sen. Mazie Hirono (HI) have stated that court packing is an option when it comes to what Democrats claim is “court reform.”

CBS News asked the former vice president if this proposed national commission would “study this issue about whether to pack the court.” Biden responded by saying, “No, whether — there’s a number of alternatives that are — go well beyond packing.”

“We’re going to have to do that. And you’re going to find there’s a lot of conservative constitutional scholars who are saying it, as well,” the Democratic presidential nominee said. “The last thing we need to do is turn the Supreme Court into just a political football, whoever has the most votes gets whatever they want. Presidents come and go. Supreme Court justices stay for generations.”

I guess the radical left in this country really doesn’t care about the fact that the vast majority of Americans, on both sides of the aisle, are totally opposed to court packing and fiddling with the judicial branch at all.

It’s all about what can guarantee them the most power so they can inflict as much damage as possible on our great nation and transform it into something unrecognizable.

The idiot says a lot of things. If, I say If the moron gets to the WH, the DemonRAT party will tell this moron what’s going to happen.

Send him to China, please, along with his son and the rest of the crime family. Then they can pay him direct without laundering the money through his son. He actually said people know his character — we do – he likes to touch, sniff and grab girls, no wonder his son has pictures of young girls on his laptop, and take money from foreign governments..