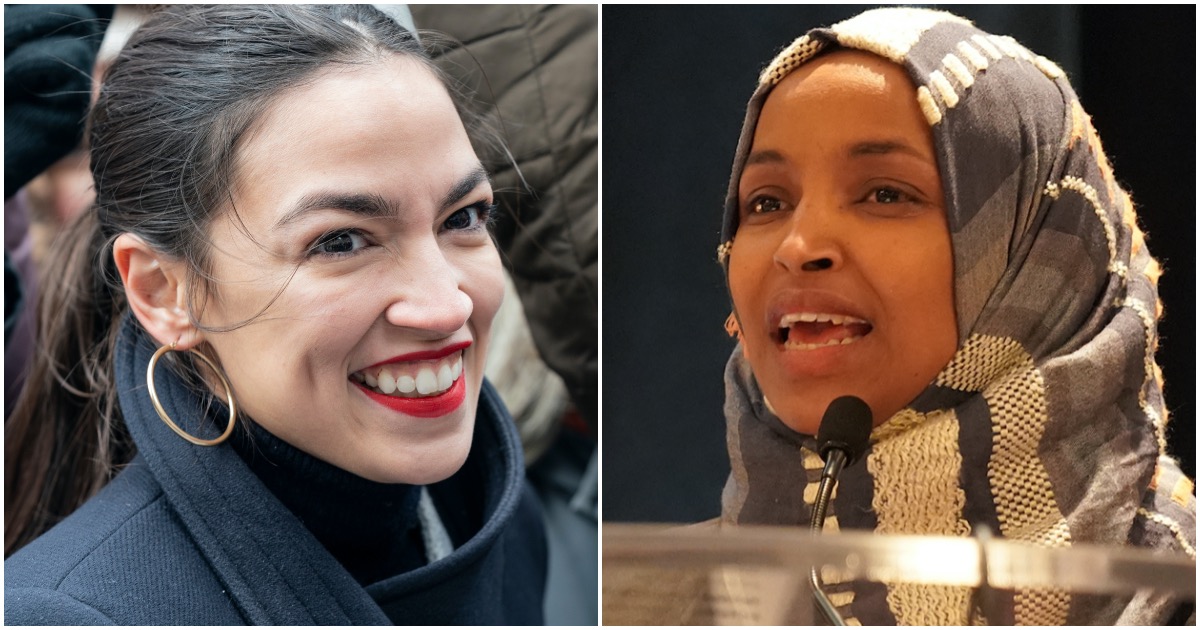 For some odd reason, two members of the lower chamber (who swore an oath to the United States) thought it would be a good idea to join an event organized by this walking dumpster fire of a human being.

On Tuesday night, hard-left Democratic Reps. Alexandria Ocasio-Cortez (D-NY) and Ilhan Omar (D-MN) joined a group of gamers in a live-streamed event that was organized by Hasan Piker, a vlogger who infamously said in 2019 that “America deserved 9/11.”

In August 2019, Piker, a Young Turks commentator, reviewing a clip of Rep. Dan Crenshaw (R-TX) talking to podcast host Joe Rogan, mocked Crenshaw on a Twitch live stream, ranting, “This guy has the understanding of foreign policy of, like, a 12-year-old. What the f***? What the f*** is wrong with this dude? Didn’t he go to war and like literally lose his eye because some mujahideen — a brave f***ing soldier — f***ed his eye hole with their d**?” He added, “Isn’t that how he f***ing lost his dumba** eye, because he got his f***ing eye hole f***ed by a brave soldier?”

“At the beginning of the stream, Ocasio-Cortez announced an ‘amazing lineup’ of gamers, including Piker, who ‘wrangled’ the event together at the last minute,” The Washington Free Beacon reported, adding that the event was designed to urge viewers to make plans to vote.

americas foreign policy decisions has lead to 911. this would’ve been a controversial thing to say in 2001. stop being a fucking idiot.

we supplied arms to and trained bin laden. we destabilized the region long before 911. and now we’re stuck in perpetual war, which dan crenshaw was trying to justify in that clip. it’s exactly this kind of attitude that has sent thousands of young men and women overseas to die.