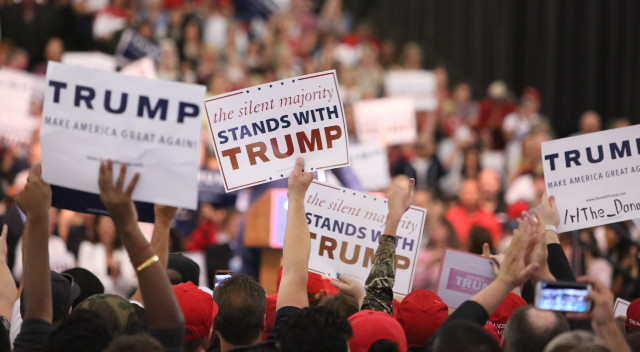 The following article, Letter Threatens To Burn Down Homes Of Trump Supporters In New Hampshire: ‘You Have Been Given Fair Warning’, was first published on Flag And Cross.

A very sick and twisted individual is sending out letters to those who are supporters of President Trump in the state of New Hampshire, threatening to burn their homes to the ground if he happens to lose the election but doesn’t concede.

Local news outlets reported that the letter has been sent to various homes in the the town that have been displaying support for Trump.

Here’s what the letter said via Daily Wire:

Dear neighbor. You have been identified by our group as being a Trump supporter. Your address has been added to our database as a target when we attack should Trump not concede the election. We recommend that you check your home insurance policy and make sure that it is current and that it has adequate coverage for fire damage. You have been given “Fair Warning.” Always remember, it was “you” that started this Civil War. Be prepared to face the severe consequences of your pre-emptive actions against democracy.

Brookline police Chief Bill Quigley confirmed two Trump supporters in his town also received the letter. “”I was kind of quite shocked that anyone would send a letter out with that type of threat,” he admitted.

Quigley said he alerted the U.S. Postal Inspection Service, adding that the perpetrator could be charged with a serious crime. He explained, “Not only with us, with criminal threatening. It’s on a felony level, because of the threat of burning homes down and causing injury, but it could also be with the postal inspectors, something on the federal level.”

“I was very taken aback. This is my home. You’re not supposed to threaten my home. I’m very worried in the sense that this is going on in my town,” Milford resident Kelly told the press.

Milford is a small town with a population of 15,000 people. The town of Brookline has only 5,000 people.

These threats come after a rather “suspicious” fire incident that took place in Minnesota back in late September.

Folks, this is the kind of violence and hatred that liberals are now pushing hardcore in the streets. This shouldn’t be a surprise after what we’ve seen happen in big cities this year with all of the destruction and looting.

Pray for peace for these individuals and that those responsible for the threats are caught and punished.

Continue reading: Letter Threatens To Burn Down Homes Of Trump Supporters In New Hampshire: ‘You Have Been Given Fair Warning’ ...

The left apparently has it’s brain wedged firmly between it’s cheeks…not the ones on it’s face! This is precisely why millions of Trump supporters will not be vocal about their support. TRUMP 2020

If you think the lunatic left is joking about this, think again. They are dead serious and are giving anyone who dares disagree with their Socialist/Communist agenda fair warning. No matter who wins the election the intend to act like the Communist revolutionaries they really are. Sooner or later they are going to have to be dealt with .

Your average run of the mill, oh so tolerant, loving, caring, peaceful DEMOCRAT pursuing their dreams of MORE POWER, by any means necessary!

Find this criminal and put him or her behind bars. Put all you efforts into finding this dangerous person and throw the book at him. The only person who is trying to start a civil war is this criminal.