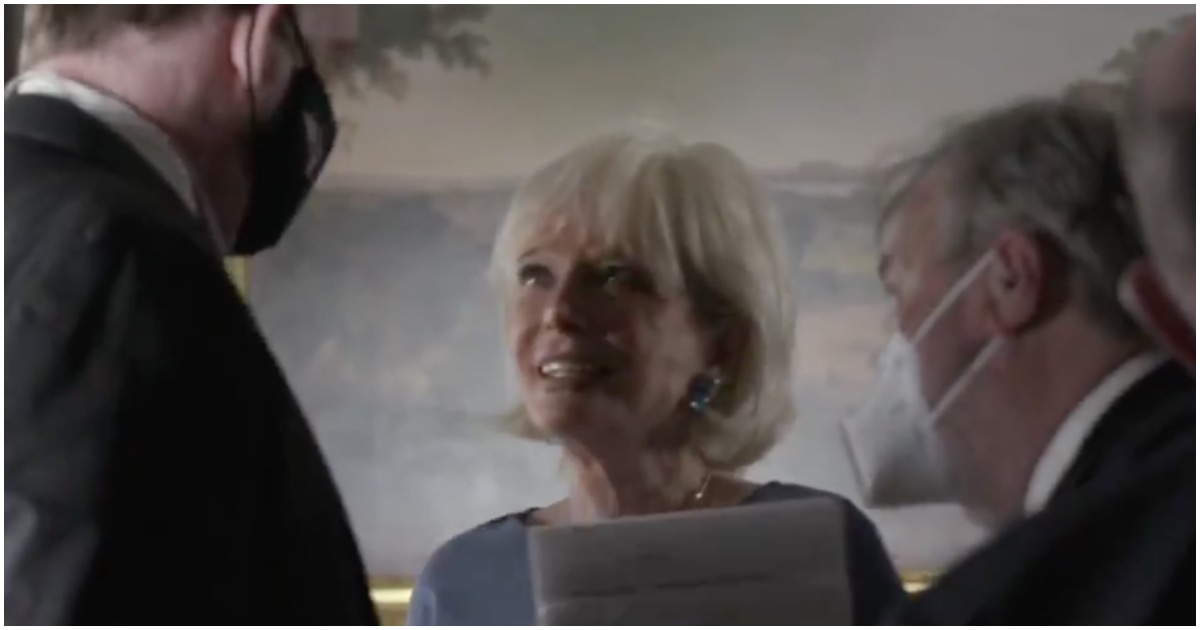 The following article, Trump Trolls Reporter Who Had COVID-19 for Not Wearing Mask At the White House (Watch), was first published on Flag And Cross.

Nobody can troll better than President Trump. The thing is, he’s usually out in front of an issue before anybody else can see a problem – and he’s generally right.

Check out how POTUS nailed a biased reporter on Tuesday.

President Donald Trump released a video on Tuesday afternoon of “60 Minutes” reporter Lesley Stahl—who had a serious case of the coronavirus that required hospitalization earlier this year—not wearing a mask inside the White House and not social distancing.

The video comes after there was apparently some sort of incident during the interview that caused Trump to end it early. “60 Minutes” is a left-wing program and Stahl has shown bias against the president in the past.

Lesley Stahl of 60 Minutes not wearing a mask in the White House after her interview with me. Much more to come. pic.twitter.com/0plZG6a4fH

When Trump was released from Walter Reed Medical Center after being cleared of COVID-19, he took off his mask when he stood on the White House balcony.

Nobody was near him.

That’s not good enough for this CNN reporter.

“Yeah and let us remind viewers now that the president is on steroids and a drug that fewer than 10 people outside of clinical trials have gotten inside the United States to deal with coronavirus,” Collins said. “He had a level of treatment and a level of care that most Americans would not get. That’s understandable, he is the president of the United States, obviously everyone expects that.”

Only days into his diagnosis, the first thing President Trump does when he gets back to the White House is take his mask off. pic.twitter.com/kyqvHcSbIl

The problem here? Well, just watch the clip below…

The Trump campaign quickly hit back at Collins, highlighting a video clip from earlier this year where she immediately took her mask off inside the White House press briefing room — an enclosed indoor space where other people were present — after she apparently thought the cameras had been turned off following the end of a news conference.

CNN reporters like Kaitlin Collins obsess over masks when the cameras are on, but when they think they’re off, off comes their masks!pic.twitter.com/IpPSvgDqhc

Continue reading: Trump Trolls Reporter Who Had COVID-19 for Not Wearing Mask At the White House (Watch) ...