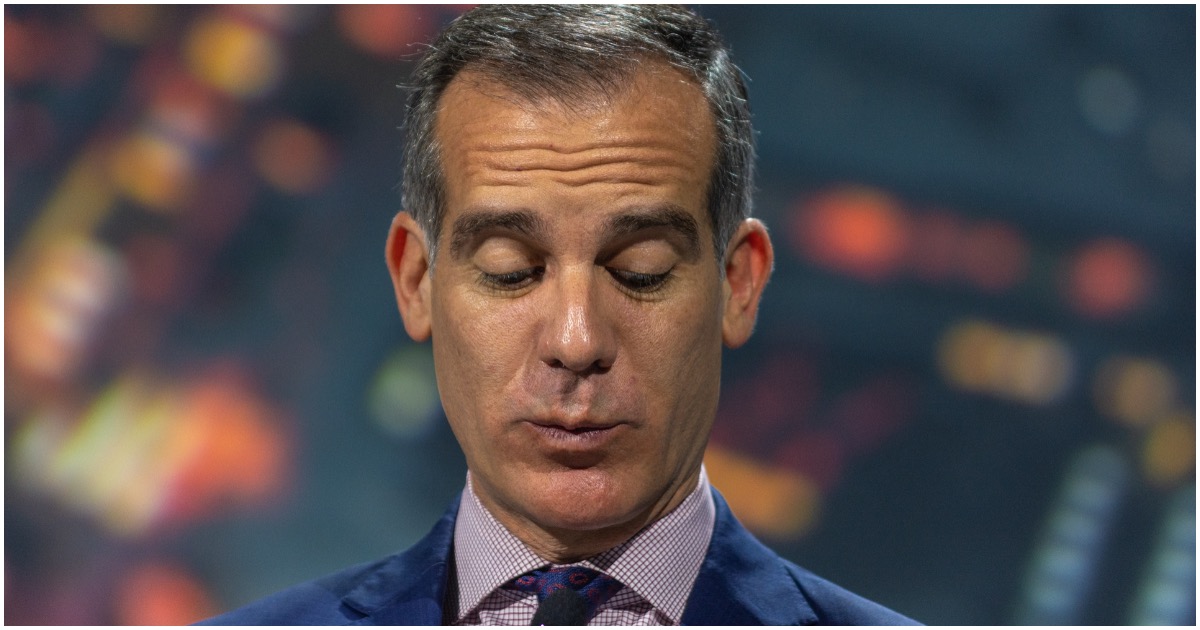 The following article, Los Angeles Mayor Laughed After Learning of Sexual Assault Allegedly Committed By Aide, was first published on Flag And Cross.

Eric Garcetti is the mayor of Los Angeles. He is rumored to be a top choice for a cabinet position if Joe Biden defeats President Trump in the 2020 general election.

Imagine if a Republican did what Garcetti has been accused of doing.

1. The Mayor of Los Angeles @ericgarcetti witnessed his top aide Rick Jacobs assault and sexually harass people for years and not only did he not take action against Jacobs, he would often laugh it off. https://t.co/icvQYPOmzl pic.twitter.com/0XSY9UMJb8

2. In July, when one of Mayor @ericgarcetti's bodyguards sued the City of Los Angeles because Rick Jacobs had subjected him to years of sexual harassment and assault, Garcetti did nothing to excise Jacobs from his world. https://t.co/icvQYPOmzl pic.twitter.com/XUmdxQVfLI

3. Rick Jacobs's sexual misconduct and Mayor @ericgarcetti's acceptance of it was an open secret. So much so that staff in Mayor Garcetti's office would tell people that they were dreading the day when it would all be revealed. https://t.co/icvQYPOmzl

4. Two sources told me that Mayor @Ericgarcetti witnessed Rick Jacobs grab them without consent and forcibly kissed them. The Mayor's reaction? To laugh it off.

5. How did people in Mayor @EricGarcetti's world respond to the lawsuit filed by his former bodyguard? They excused away Rick Jacobs's sexual misconduct as just the way gay men behave

They also spread a conspiracy that the @LAPPL organized the suithttps://t.co/icvQYPOmzl

Let’s see if Joe has anything to say about this.

Ah! Sexual harassment is still a Democrat rèsumè enhancement. People get what they vote for.