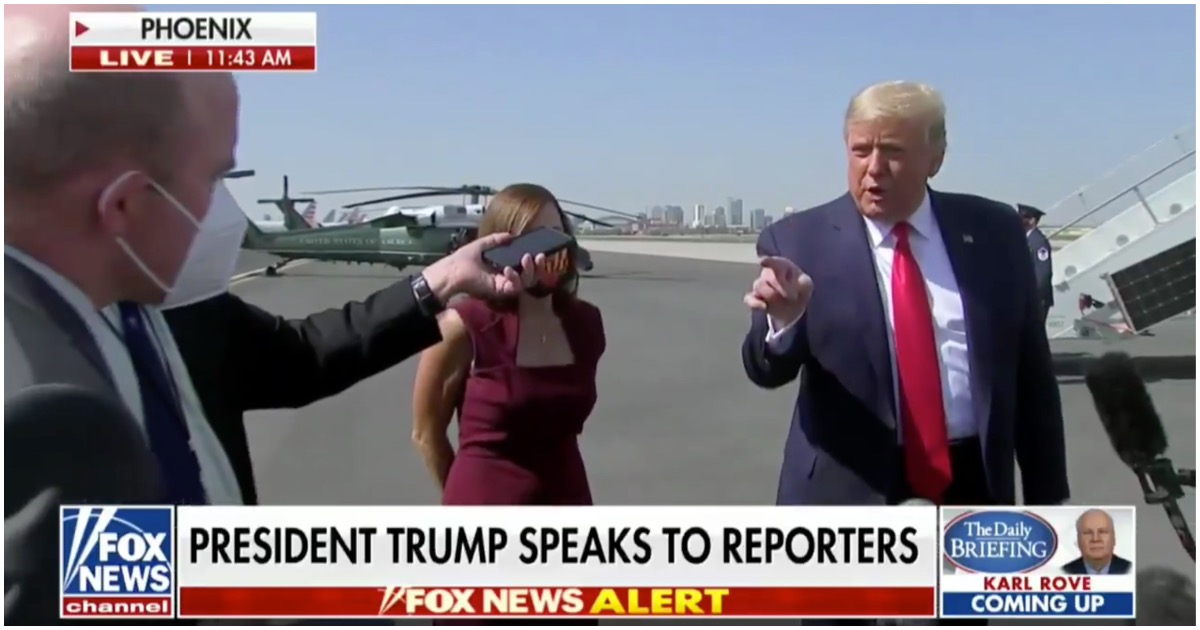 The following article, Trump to Reporter: ‘You’re A Criminal’ for Not Reporting On ‘Criminal’ Biden Scandals — Watch, was first published on Flag And Cross.

President Trump is upset that the mainstream media refuse to cover the Hunter Biden scandal, involving the former Joe Biden personally profiting during his time as VP.

And he should be.

If Trump wasn’t the way he was, there wouldn’t be anyone to hold the MSM accountable. He’s just doing what he has to do.

This is what they call a mic drop. pic.twitter.com/xTgy8NQiin

Documents obtained by Fox News appear to show Hunter Biden’s signature on paperwork from the Delaware computer repair shop where the former vice president’s son reportedly dropped off a laptop that included emails related to his overseas business dealings.

The document allegedly signed by Biden details repair work that was to be performed on three MacBook Pro laptops at “The Mac Shop” in Wilmington, Delaware. Aside from the signature, the paperwork notes Biden’s name in the “bill to” section for a cost of $85. Fox News has not verified that the signature is indeed Biden’s.

Additional documents obtained by Fox News include FBI paperwork that details the bureau’s interactions with John Paul Mac Isaac, the owner of “The Mac Shop” who reported the laptop’s contents to authorities, as first reported by the New York Post.

Continue reading: Trump to Reporter: ‘You’re A Criminal’ for Not Reporting On ‘Criminal’ Biden Scandals — Watch ...