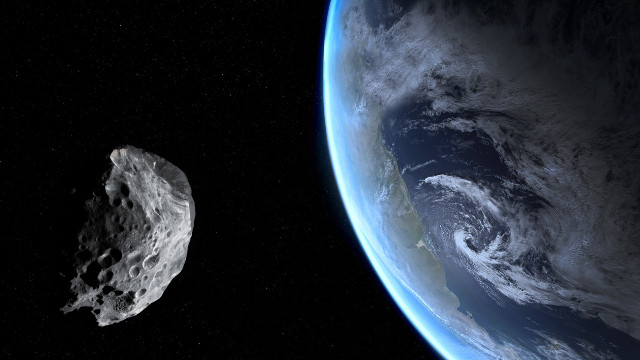 The following article, Top Astrophysicist Says Asteroid Could Smash Into Earth Day Before Election, was first published on Flag And Cross.

So far in the year 2020 we’ve had a pandemic featuring an age discriminating virus, race riots, the government admitting UFOs are real, murder hornets, and the wackiest presidential race of all time.

Surely there’s nothing else this year could throw at us, right?

Apparently, according to astrophysicist Neil deGrasse Tyson, there’s a strong possiblity an asteroid is going to smash into the earth the day before the election.

Who had asteroid on their 2020 Bingo card?

An asteroid with a diameter the size of a refrigerator could strike the Earth the day before the November election, according to celebrity scientist Neil deGrasse Tyson — but it’s not large enough to do any serious damage.

The famed astrophysicist said the space rock, known as 2018VP1, is hurtling towards Earth at a speed of 25,000 miles per hour and may clip the planet on Nov. 2.

“It may buzz-cut Earth on Nov. 2, the day before the Presidential Election,” he wrote on Instagram.

But he added that the flying object is nothing to lose sleep over since “it’s not big enough to cause harm.”⠀⠀⠀

NASA already identified the asteroid that is rocketing toward earth, but stated the chances of it actually hitting the earth are currently less than one percent.

“It currently has a 0.41% chance of entering our planet’s atmosphere, but if it did, it would disintegrate due to its extremely small size,” the organization stated.

While this rock may not hit earth, or even if it does, it might now do much in the way of damage, but I’ve seen enough scary movies to know that when stuff like this happens, strange occurrences follow.

So, sure, you may not have to worry about the asteroid, but if it passes by our planet and you suddenly see the dead rising from the grave to walk the earth again, craving brains, well, that probably shouldn’t surprise you.

no I think pelosi is a better target

So the Dems will start impeachment hearings on Trump over a meter from the sky as if it’s his fault. As they say everything is his fault. Wonder who’s fault it would have been if Trump had not ran for President?