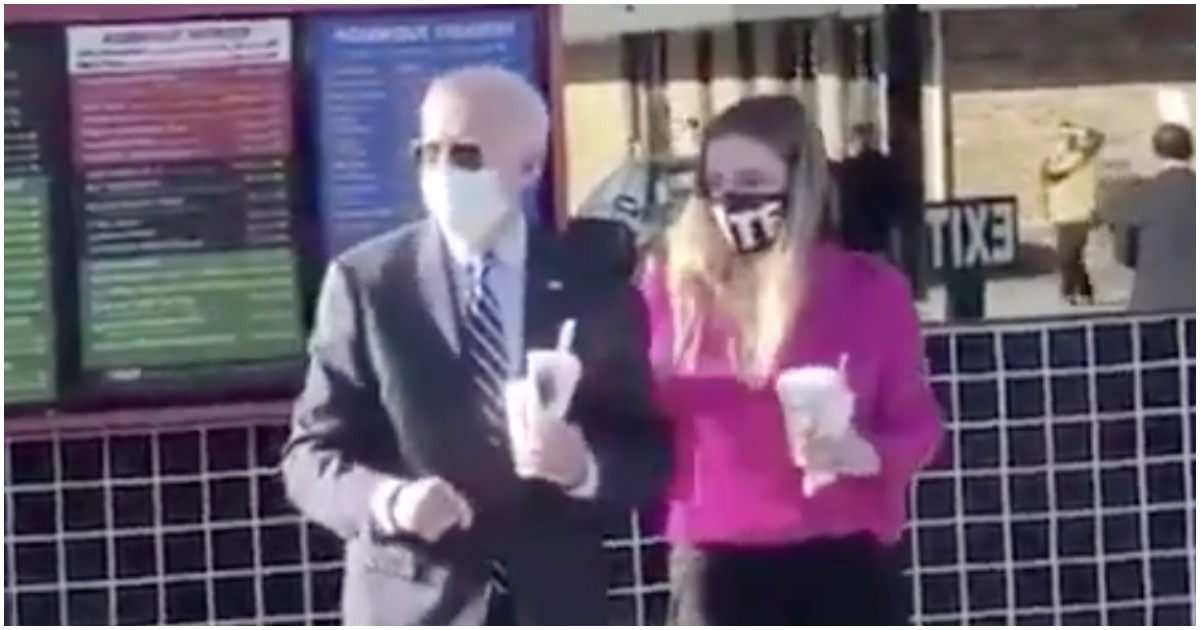 The following article, Report: Biden ‘Will Not Be Seen Again’ After Sunday Night Until Thursday’s Debate — Details, was first published on Flag And Cross.

The next presidential debate between Donald Trump and Joe Biden is set for Thursday. Biden will apparently “not be seen again” in public until he shows up on the debate stage.

Why? Could it be he needs that many days to prepare for the onslaught of questions he’ll be asked about son Hunter’s emails and business dealings with foreign companies? Possibly.

Even if the moderator (a leftist to her core) doesn’t ask about the emails, you know Trump will bring it up.

Democrat presidential nominee Joe Biden ran from a question on Sunday about the FBI, which comes after he snapped at a reporter late last week for asking him about the growing scandal involving a laptop that may have belonged to his son, Hunter.

The emails came from a laptop computer that was reportedly dropped off at a computer repair store last April in Biden’s home state of Delaware. The person who brought the laptop into the store never paid for service and never retrieved the device. Federal law enforcement officials reportedly seized the laptop in December after the store owner alerted them to it, but not before the store owner made a copy of the hard drive and gave a copy to Rudy Giuliani.

Joe Biden walks away as a reporter asks him about the FBI seizing his son Hunter’s laptop
pic.twitter.com/wE8ywouLxK

CBS's Ed O'Keefe on Face The Nation: "[Joe Biden] will not be seen again after today until Thursday night."

REMINDER: Joe Biden and his campaign have not disputed the authenticity of the bombshell emails which detail the extensive corruption of the Biden family. pic.twitter.com/obMn3QRxKS

Continue reading: Report: Biden ‘Will Not Be Seen Again’ After Sunday Night Until Thursday’s Debate — Details ...

I think Joe is getting a hearing implant that can’t be detected or seen by anyone but his team will be able to talk to him without anyone knowing it and be able to give him what to say and not to say and no one would know any different.
If I’m right I hope this unit shorts out and Fry’s what little brain he has left.