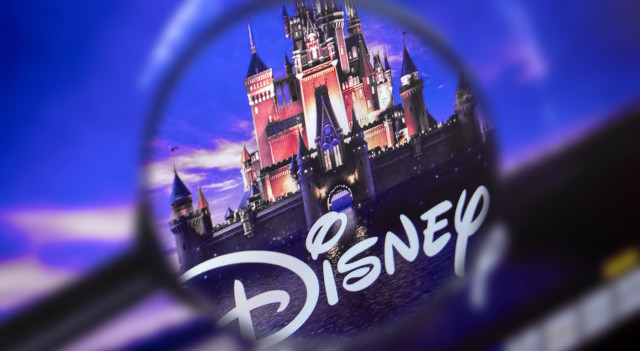 Disney has decided to continue walking down the “woke” path, attempting to stay relevant so they can milk the rest of humanity for all the dollars possible by tossing some disclaimers on a number of classic films warning that some scenes in the movies contain “negative depictions” and “mistreatment of people or cultures.”

If Disney didn’t own two-thirds of the world at this point, it would become obvious that making this choice to “go woke” would result in the company “going broke,” but since they do seem to have their hand in everything, nothing is going to come of them doing this.

“These stereotypes were wrong then and are wrong now. Rather than remove this content, we want to acknowledge its harmful impact, learn from it and spark conversation to create a more inclusive future together,” says the 12-second disclaimer, which cannot be skipped.

The films include “Dumbo” from 1941, “Peter Pan” from 1953, “Swiss Family Robinson” from 1960, and “The Aristocats” from 1970. The disclaimer also directs viewers to a website titled “Stories Matter,” which says, “Because happily ever after doesn’t just happen.”

“As part of our ongoing commitment to diversity and inclusion, we are in the process of reviewing our library and adding advisories to content that includes negative depictions or mistreatment of people or cultures,” the site says. “We can’t change the past, but we can acknowledge it, learn from it and move forward together to create a tomorrow that today can only dream of.”

Disney went on to explain the reason for slapping the warnings on the content:

“The crows and musical number pay homage to racist minstrel shows, where white performers with blackened faces and tattered clothing imitated and ridiculed enslaved Africans on Southern plantations. The leader of the group in Dumbo is Jim Crow, which shares the name of laws that enforced racial segregation in the Southern United States. In “The Song of the Roustabouts,” faceless Black workers toil away to offensive lyrics like ‘When we get our pay, we throw our money all away.’”

“The film portrays Native people in a stereotypical manner that reflects neither the diversity of Native peoples nor their authentic cultural traditions. It shows them speaking in an unintelligible language and repeatedly refers to them as ‘redskins,’ an offensive term. Peter and the Lost Boys engage in dancing, wearing headdresses and other exaggerated tropes, a form of mockery and appropriation of Native peoples’ culture and imagery.”

“The cat is depicted as a racist caricature of East Asian peoples with exaggerated stereotypical traits such as slanted eyes and buck teeth. He sings in poorly accented English voiced by a white actor and plays the piano with chopsticks. This portrayal reinforces the ‘perpetual foreigner’ stereotype, while the film also features lyrics that mock the Chinese language and culture such as ‘Shanghai, Hong Kong, Egg Foo Young. Fortune cookie always wrong.’”

And that, folks, is just a sample.

You can guarantee that a number of older films are going to feature these warnings, continually showing the slide of our culture into political correctness, the largest threat to free speech that currently exists.

We’re watching the First Amendment be eroded, one brick at a time, by folks in society and culture who can’t stomach the idea that someone might be offended by the presentation of this kind of material, despite it being a reflection of the times in which it was produced.

That provides a great educational experience for parents, but hey, why not let Disney do all of the work for you.

I grew up with these movies as well as my children, and never associated them to race,, color, or creed, it was good clean family entertainment and you people at Disney have tarnished them with a stench. that its is no longer worth watching anymore, by brain washing innocent children to racist thinking their innocence is being pulled out from under them by planting racist seeds..

So ridiculous. People are way too thin-skinned. How about the typical ‘hillbilly’ white person from the hicks? Or the dumb white person with bucked teeth and a dumb look? Or the typical white hobo with the 5 o’clock shadow and the cigar? Who gets offended by these? No one!!! Learn to laugh at yourself and just enjoy.

Walt Disney is spinning in his grave!!