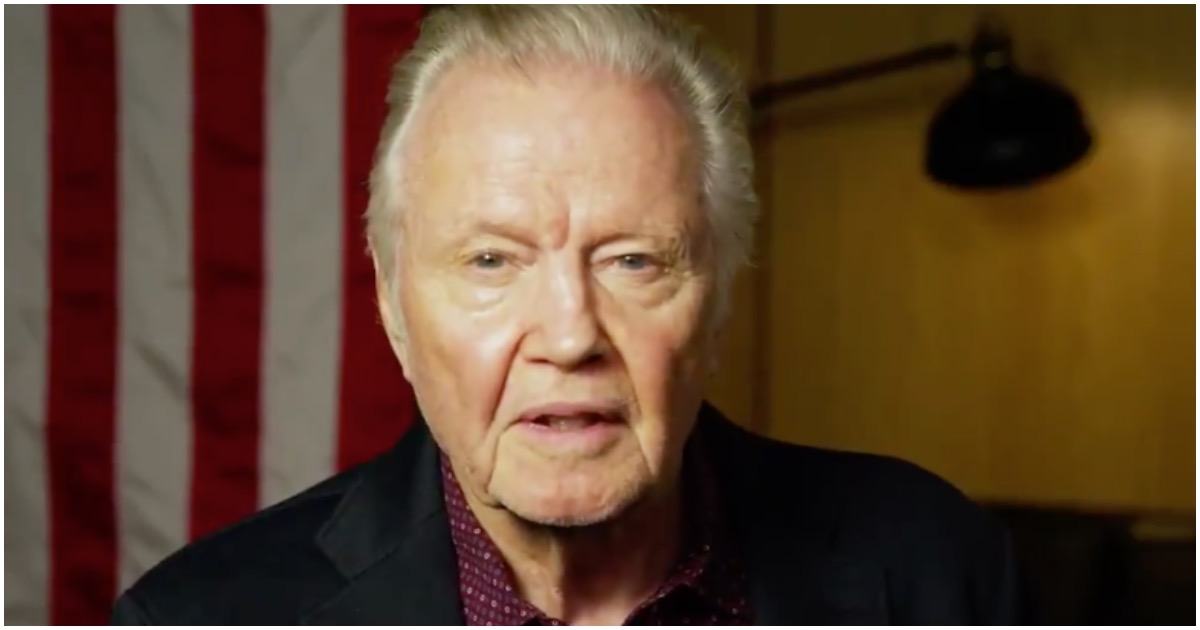 Jon Voight don’t care. He’s not intimidated by the far-left wing of Hollywood. He is accomplished. He’s proud to stand for the flag and supports President Trump.

In the two-minute video posted to his Twitter account, Voight takes shots at the left, claiming its entire agenda is based on lies.

“Biden is evil,” the 81-year-old actor says calmly to the camera. “Trump must win — he’s real. He will bring back the people’s trusts. These leftists are not for the American people. It’s the biggest cover-up ever.”

In a two-part video from 2019, the actor made it clear that he believes 45 is the greatest president since Abraham Lincoln.