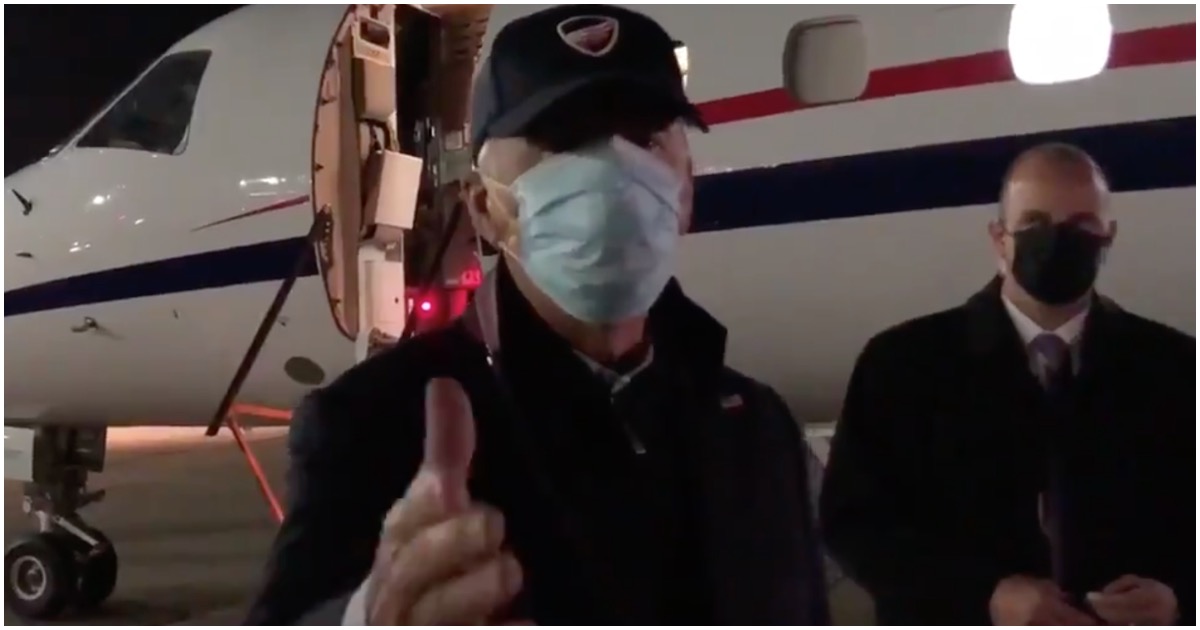 The following article, WATCH: Joe Biden Doesn’t Deny NYP Story About Hunter, Says ‘I Have No Response’, was first published on Flag And Cross.

Joe Biden can say the New York Post‘s story about his son Hunter is no big deal and the media will follow right along. But President Trump can denounce white supremacy 100-times over and the MSM will still attempt to say he hasn’t ever commented on it.

Something must be done about media bias.

The Trump campaign shared what appears to be a screenshot of an email McEnany received from Twitter, alerting her that her account “has been locked.”

More on the Biden scandal…

The Democratic nominee has previously said he has “never spoken to my son about his overseas business dealings.”

What say you on this matter? Let’s hear your thoughts in the comment section…

The scandals going on now in the democrat political party and those scandals from that terrible 8 years of obama, should be enough for most voters to turn thumbs-down on the dems in next month’s election.