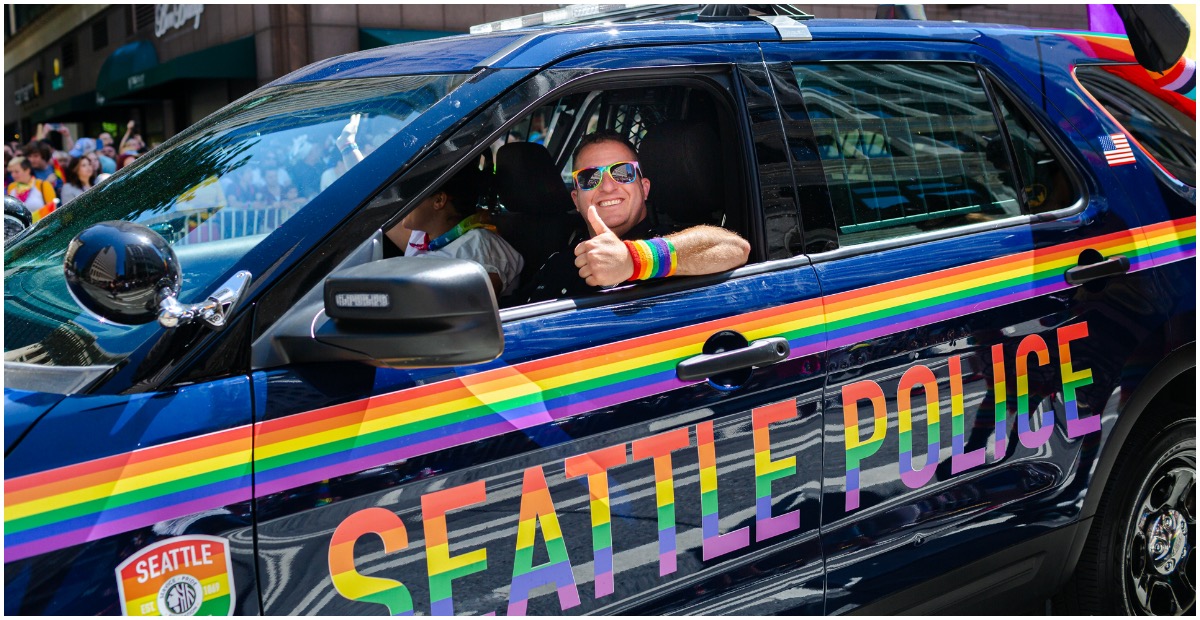 The following article, More Than 115 Cops Have Left the Seattle Police Department, Possibly Even More (Details), was first published on Flag And Cross.

Would you want a career that involves putting your life on the line in many cases, in a city where many residents hate your mere existence? Probably not, right?

You can’t really blame these cops for leaving the Seattle PD.

But when things get worse in the city that gave us Starbucks, those same radical Joe Biden voters will be begging for these officers to come back.

Here’s what’s up, via My Northwest:

At least 118 Seattle police officers separated from the department, the Jason Rantz Show on KTTH has confirmed. In September alone, 39 officers left the force when the typical number for that month is between 5 and 7. Even new recruits are leaving.

There are now only about 1,200 officers in service for the entire city, the lowest it’s been in two decades. And even this number is misleading. Many officers are using their accrued sick time as they begin their escape to other agencies or wait for retirement.

The City of Seattle unveiled this officer separation data on Friday morning.

At the same time, a developing and alarming side note: the Seattle Police Department withheld staffing numbers, ignoring a public disclosure request. Indeed, the SPD claimed a staffing issue was to blame. But that doesn’t appear to be true.

Sane people have known for a long while now that the vast majority of black lives don’t matter to Black Lives Matter.

Considering blacks who are killed by cops did something to prompt the shooting in 9.9/10 instances, BLM still sides with the criminals – no matter what.

While marching down the street in Seattle, BLM protesters finally spilled the truth about the movement.

Maybe the MSM will want to air this clip on the evening news.

The paint job on that police car would make me quit . Just paint it a neutral paint scheme .

Those officer quitting will either re-locate to a conservative run city or state or change occupations. Why would any officer continue working for a liberal run city where the liberals in control only have the backs of the criminals. Meanwhile those liberal in charge perhaps can back fill with their blm & antifa criminal allies….