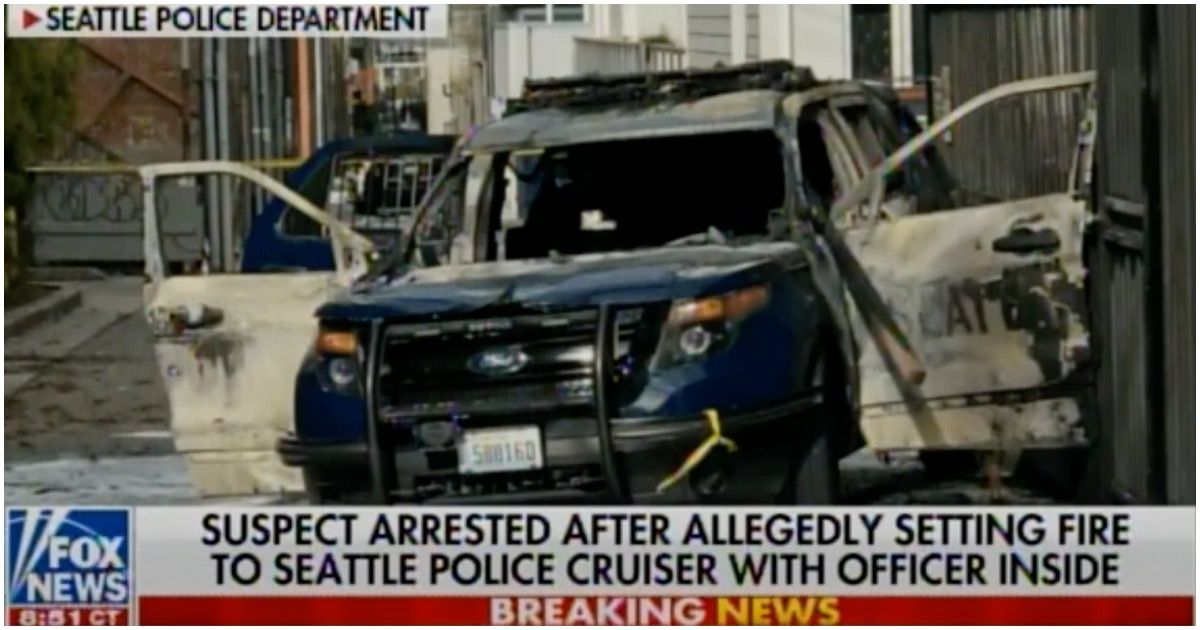 The following article, Man Tosses Flaming Stick Into Cop Cruiser — While Police Officer Is Still Inside (Watch), was first published on Flag And Cross.

A few years ago, this story might’ve been big news. In late 2020, it’s nothing more to the mainstream media than something to skim over.

If it involves an injury to a cop, it couldn’t matter less to the MSM.

And that’s the problem with America today.

Police responded to the South Lake Union park just before 2 p.m. after receiving calls that a man was walking around with a piece of burning lumber, said Seattle police spokesperson Detective Patrick Michaud.

Officers chased the man into a nearby parking garage, where they hit him with a stun gun and took him into custody.

Joe Biden has made some outlandish statements over the years, but this one in the clip below might just take the cake.

It’s like the 2020 Democrat presidential nominee doesn’t hear himself when he speaks. If he did, he’d stop talking.

Trump wants to defund the police, huh, Joe? Okay, then.

.@JoeBiden: “The only person calling to defund the police is Donald Trump.” pic.twitter.com/CKi51jaXOS

Just another story for the liberals to muster over. They will allow their police to be the victims and provide a get out of jail card for the offenders. Seattle, you have a great bunch of people running your city, county, and state. The place will be a war zone of damage and destruction. Not safe to even visit. Homeless people have a great chance of free reign of places to sleep and litter.