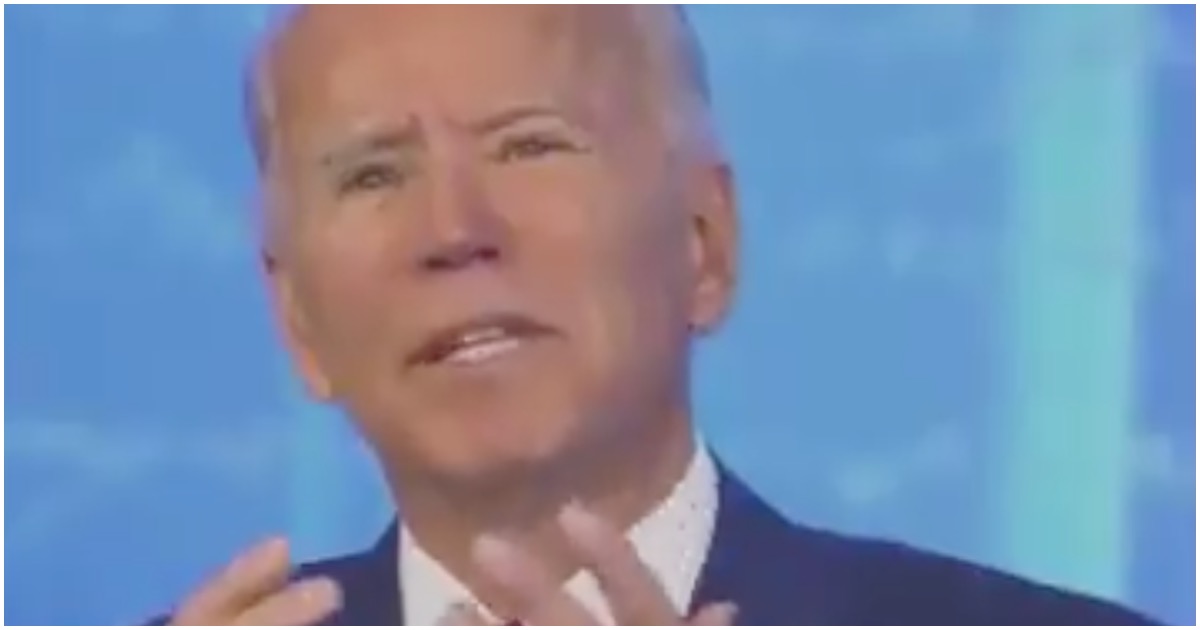 The following article, Biden Says Police Officers Should Shoot People In the Leg — But They’re Trained Not To, was first published on Flag And Cross.

Why is Joe Biden telling America that cops should shoot criminals in the leg instead of center mass? Shouldn’t his message be stop committing crime and listen to cops?

The thing about shooting people in the leg is that officers are trained to not do that. But Joe wants to reinvent the wheel in the name of social justice – no matter how at fault the person who was shot might be.

.@JoeBiden suggests that, instead of shooting center mass, cops could shoot to maim, like "in the leg."

Cops are specifically trained not to do that. pic.twitter.com/fIynY8ChH6

Critics piled on the NBC News town hall for what appeared to be a “debate” between President Trump and moderator Savannah Guthrie while the ABC News town hall lobbed “softballs” to Joe Biden.

Viewers who tuned into the Peacock Network expected to hear questions from voters, but similarly to the NBC town hall with Biden, questions for nearly the first 20 minutes of the program came from the moderator.

NBC is embarrassing itself. worse than expected. Guthrie is like a poorly disguised ambush. even she follows up with planned questions after the "townhall" question. what a horrible show trial

ABC is doing everything they can to keep Joe Biden comfortable.

Meanwhile, Savannah Guthrie is attacking the President like she openly hates him.

This NBC thing with Mr. Trump is a complete setup. Ms. Guthrie is hostile. Meanwhile, it’s a smooch fest between Stephanopolus and Biden on ABC.

I just switched to NBC since ABC is in a commercial. Savanah Guthrie has interrupted Trump in these 60 seconds more than Stephanopulos has done to Biden in 40 mins. NBC is an interrogation. ABC is a picnic.

Savannah Guthrie posture toward Trump compared to Lester Holt’s toward Biden is night and day.

Trump went from debating Biden to Guthrie! Not sure whether this is good or bad yet … but he's definitely debating tonight.

A third of the way into the NBC town hall and NO questions from the PEOPLE!!!

Here's the first question of the ABC #BidenTownhall — an softball from a committed Democrat lamenting "the lack of coordinated federal action on COVID-19" from Trump.

Continue reading: Biden Says Police Officers Should Shoot People In the Leg — But They’re Trained Not To ...

Hey joe, wouldn’t you just have the police shoot the gun out of the criminal’s hand….