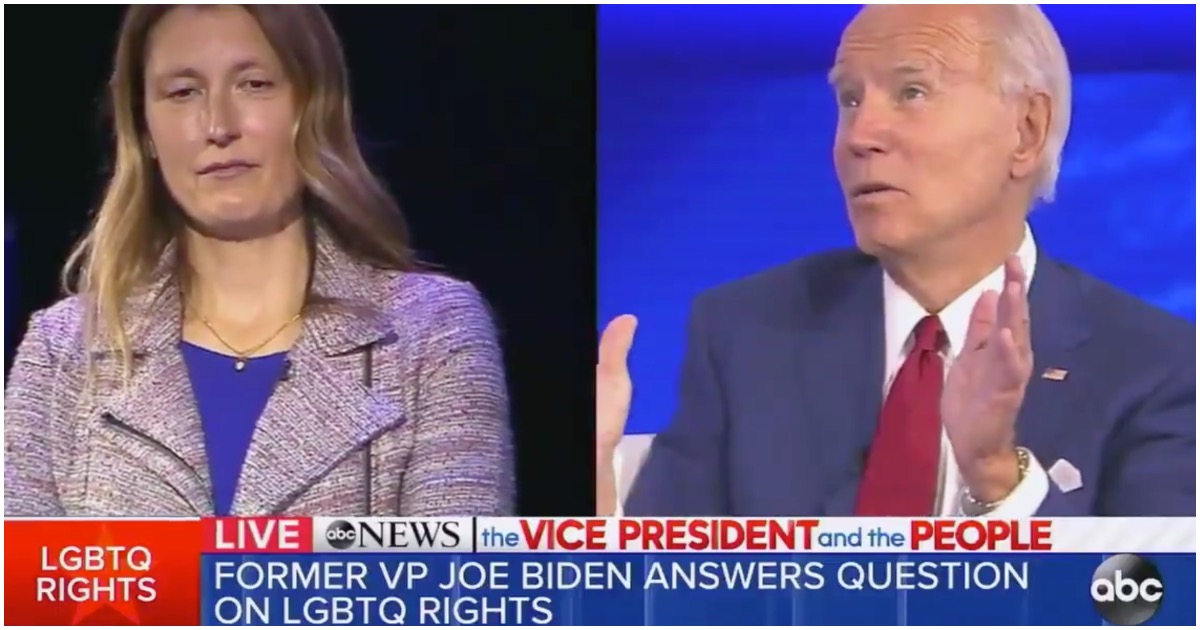 The following article, Biden At Town Hall Suggests Children Should Be Allowed to Choose Gender — Watch, was first published on Flag And Cross.

If you watched President Trump’s Thursday night town hall on NBC, you probably noticed that POTUS was pretty much debating host Savannah Guthrie. If you tuned in to ABC’s town hall with Joe Biden, you saw the former VP field softball questions and get away with whatever he wanted.

Ever notice the whole DemonRAT party is into sexual perversion. Like that slut from Hawaii asking Barrett a sexual question. Their minds are all in the gutter.

the Bible says it would be better for you to have a millstone tied around your neck an thrown into the sea than to cause one of these to stumble at 8 or 10 what do they know of life .