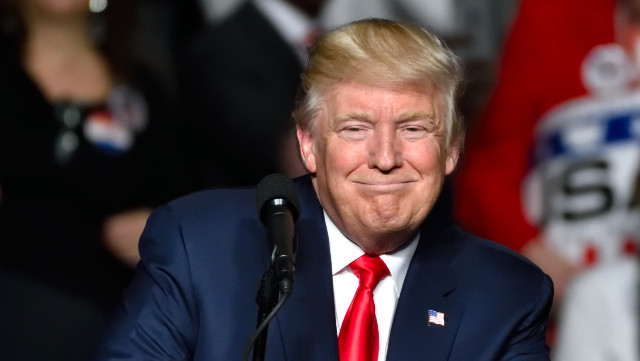 The following article, Trump And Biden Agree To Hold Separate Town Halls In Lieu Of Cancelled Debate, was first published on Flag And Cross.

President Donald Trump and Democratic presidential candidate Joe Biden have decided to each hold a separate televised town hall event in place of the cancelled presidential debate that was supposed to take place on October 15.

Trump’s town hall event, which was officially announced Wednesday morning, is to be aired on NBC News and will be held in Miami, Florida. Savannah Guthrie has been chosen to be the moderator for the event. At the same time, former vice president Joe Biden will be holding an event on ABC News that will be hosted by George Stephanopoulos in Philadelphia.

A big factor the Trump campaign had to deal with when attempting to secure the town hall event with NBC News had to do with President Trump’s health following his fight with COVID-19 over the last couple of weeks. The network put out a press release stating that Dr. Clifford Lane, who serves as the clinical director of the National Institutes of Health, along with Dr. Anthony Fauci, reviewed Trump’s PCR test on October 13. The pair of doctors concluded “with a high degree of confidence” that Trump is “not shedding the infectious virus.”

The presidential debate was canceled last week after the debate commission opted to change the town hall style debate to a virtual one, given Trump’s coronavirus diagnosis. The president rebuffed the idea, saying he wasn’t going to “waste my time” in a virtual debate, and his campaign accused the commission of switching the format to help the vice president.

The president’s campaign then offered to push the debate event back a week, which would also result in delaying the third debate a week, but the Biden campaign refused that offer. Both campaigns accused their opponent of being at fault for the canceled debate.

This is great news for the president. He’ll be able to answer questions from those who are undecided and present his message while not having to battle against two different individuals for the chance to speak his mind.

President Trump excels at connecting with people one-on-one, so this kind of event will definitely work in his favor.