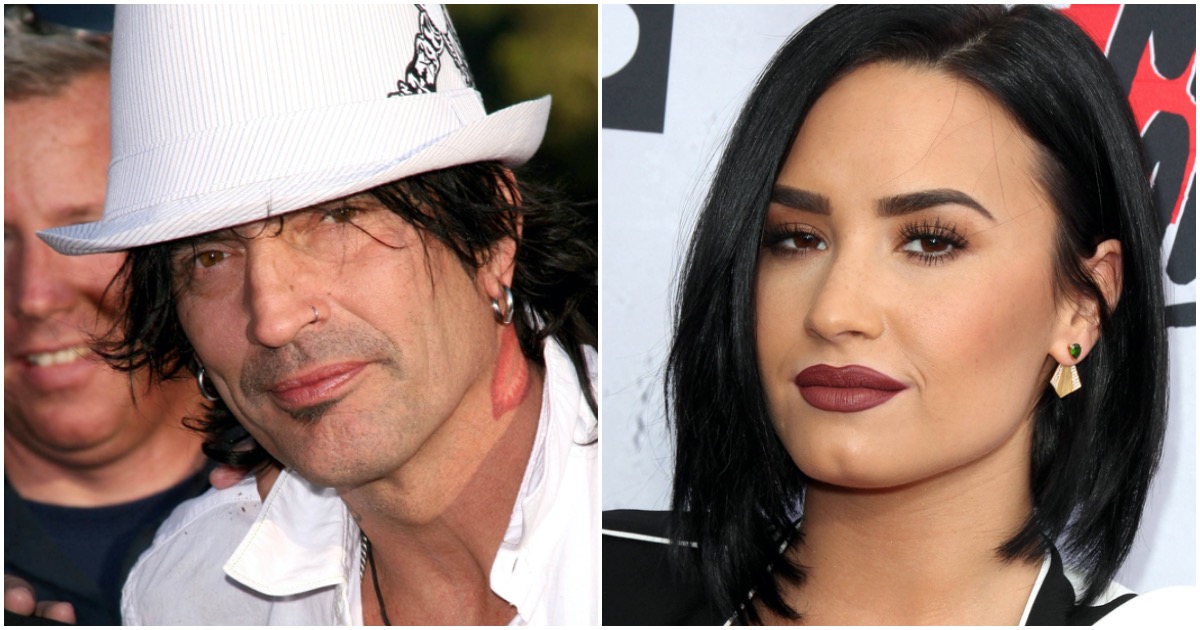 Tommy Lee and Demi Lovato have thrived in industries with an extremely high rate of failure. Both are millionaires multiple times over. Yet, neither one seems to be the biggest fan of America.

It’s sad to see, but not that unexpected.

By threatening to leave the country if President Trump is re-elected, Lee is essentially declaring his stupidity. By releasing an anti-Trump song, Lovato is virtually declaring her, well, you get it.

Remember, Tommy kicked his pregnant wife in the stomach and he thinks Trump is the bad guy.

Rocker Tommy Lee of Motley Crue has “threatened” to move back to his country of origin if President Trump gets reelected in November.

Lee said, “Dude, I swear to God if that happens then I’m coming over to visit the UK – I’m out of here. I’ll go back to my motherland, go back to Greece and get a house on one of the islands.”

He added, “The thing that stings the most is that I feel like we’re embarrassing. I feel like people in Europe and the rest of the world look at America and think: ‘What the f**k are you guys doing over there? Stop voting for celebrities and get someone real to run the country.”

Here’s are some of the lyrics from Lovato’s song…

“We were taught when we were young/ If we fight for what’s right there won’t be justice for just some/ We won’t give up, stand our ground/ We’ll be in the streets while you’re bunkering down. Loud and proud, best believe/ We’ll still take knee/ while you’re Commander in Chief,” she sings.

“Commander in Chief, honestly/ If I did the things you do, I couldn’t sleep/ Seriously, do you even know the truth?/ We’re in a state of crisis, people are dying/ While you line your pockets deep/ Commander in Chief /How does it feel to still be able to breathe?” goes the chorus.

Won’t give up, stand our ground… We’ll be in the streets while you’re #CommanderInChief. Video dropping tomorrow.

I'm calling on all of you, please join me in voting for this years election. Find your voter information at iwillvote.com

Oh, no. These self-important ‘people’ are threatening us that unless we ‘elect’ their candidate they are going to no longer live in our country??