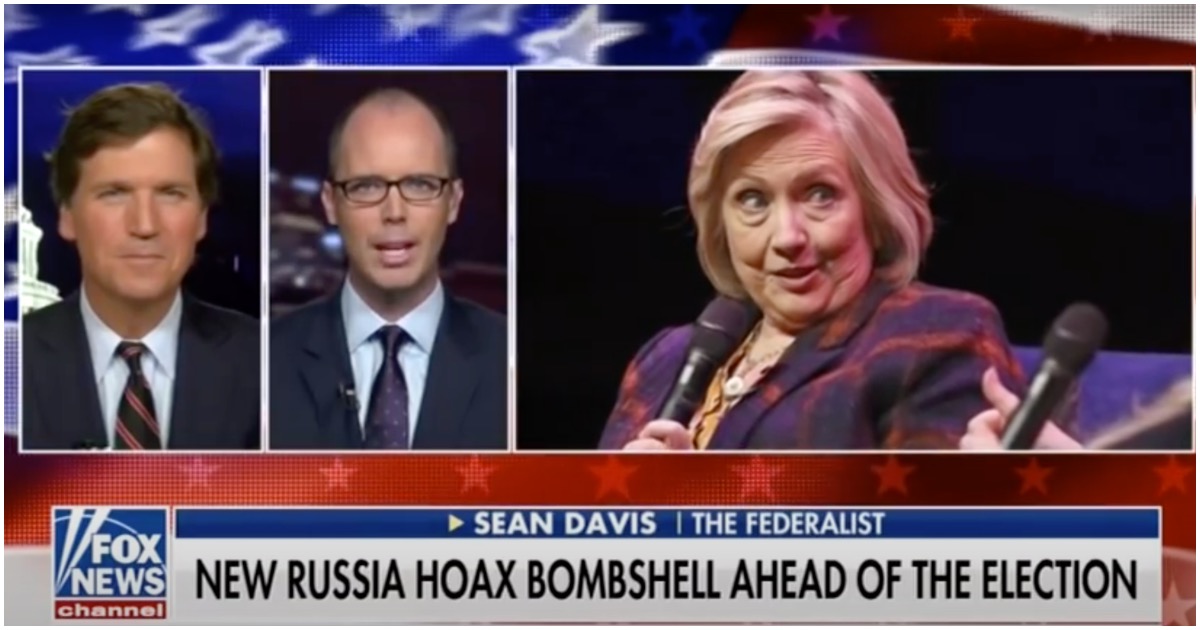 The following article, Report: CIA Director Is Blocking Documents That Will Unveil Truth About Russia Hoax — Details, was first published on Flag And Cross.

Gina Haspel served as deputy director of the CIA under Mike Pompeo before he went on to become Secretary of State. She was then sworn in as CIA director, the first woman to hold the post on a permanent basis.

Gina, apparently, has a secret. And she doesn’t want anybody to know about it.

CIA Director Gina Haspel is personally blocking the declassification of documents detailing corruption at the highest levels of the intelligence community during the 2016 election, according to The Federalist co-founder Sean Davis.

While new information about wrongdoing at the FBI has recently been declassified, including recent revelations about Hillary Clinton campaign’s collusion with Russia, Davis reported on “Tucker Carlson Tonight” Wednesday that Haspel herself is standing in the way of the declassification of other relevant documents.

Davis noted, “Unfortunately those releases and declassifications according to multiple sources I’ve talked to are being blocked by CIA director Gina Haspel who herself was the main link between Washington and London. As the London station chief from John Brennan’s CIA during the 2016 election. Recall, it was London where Christopher Steele was doing all this work. And I’m told that it was Gina Haspel personally who is blocking a continued declassification of these documents that will show the American people the truth of what actually happened.”

What, another obama mole? Or if not, how about an explanation….