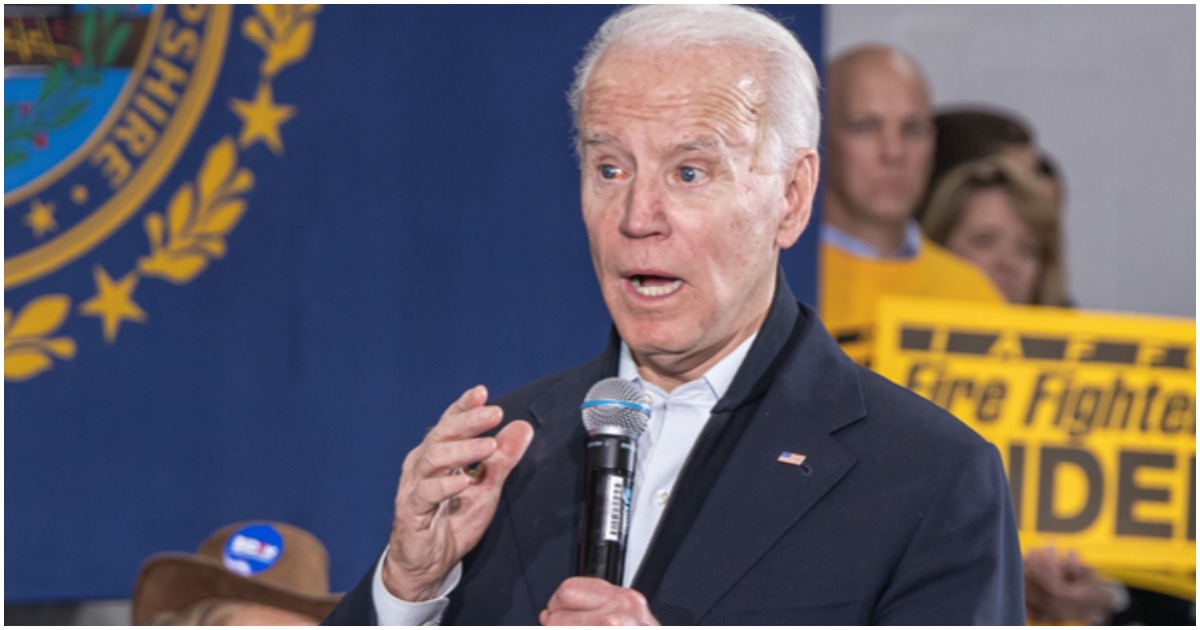 The following article, Flashback: Biden Rips ‘Illegals’ In Resurfaced Clip, Brags About Voting for 700 Miles of Wall, was first published on Flag And Cross.

*Originally published April 2020* It doesn’t matter that 2020 Democrat hopeful Joe Biden has been credibly accused of sexual assault. It doesn’t even matter that he used to boast about wanting to keep illegal aliens out of America.

The mainstream media literally refuses to report on any of his faults.

But the facts are clear and they are out in the open for the nation to see.

Time, Twitter, and VHS continue to be the bane of Joe Biden’s presidential campaign. As if the left needed another reminder that Biden has been in politics for decades, and that the center of the Democratic Party used to be considerably further to the right than it is today, along comes video unearthed by CNN’s KFile, in which Biden takes a practically Trumpian tone when talking about tightening U.S. immigration laws, building fences along the U.S.-Mexico border, punishing “sanctuary cities,” and jailing employers who hire “illegals.”

The last thing you want to be is a woman who accuses an important Democratic Party leader of sexual misconduct or harassment. Few people are publicly treated worse. Ask Paula Jones, Juanita Broaddrick, Monica Lewinsky and so many others.

Remember the press spent a month essentially arguing that underage drinking was evidence that Kavanaugh committed sexual assault, but a long pattern of "hugs, kisses, and touching that women previously said made them uncomfortable" proves Biden's innocence. pic.twitter.com/CPGr48o8nK

Somewhere, pigs must be flying.

The presumptive Democratic presidential nominee received “Four Pinocchios” for an ad that deceptively edited video of a Trump campaign rally to make it appear that the president called the coronavirus a hoax. In the ad, Trump can be seen saying “coronavirus,” followed immediately by “This is their new hoax.”

“This is a clear example of deceptive editing,” the fact checker said. “It edits out large portions of a video but still presents it as a complete narrative. This effectively skews reality and leaves the viewer to wonder what or who related to coronavirus is, in fact, a hoax?”

We can't sit by and lose this country to Donald Trump. Today, we take it back — together.

Now the Democrats are politicizing the coronavirus. You know that, right? Coronavirus. They’re politicizing it. We did one of the great jobs, you say, ‘How’s President Trump doing?’ they go ‘Oh, not good, not good.’ They have no clue, they don’t have any clue. They can’t even count their votes in Iowa, they can’t even count. No, they can’t. They can’t count their votes. One of my people came up to me and said, ‘Mr. President, they tried to beat you on Russia, Russia, Russia.’ That didn’t work out too well. They couldn’t do it. They tried the impeachment hoax. That was on a perfect conversation. They tried anything, they tried it over and over, they’ve been doing it since he got in. It’s all turning, they lost. It’s all turning, think of it, think of it. And this is their new hoax.

There’s something very wrong with Biden. It’s sad that he won’t acknowledge it, nor will the vast majority of Democrats.

Well, yeah. But that was before those illegals were to be the new democrat voting base, along with dead people & the dem motto, “vote early and vote often”.