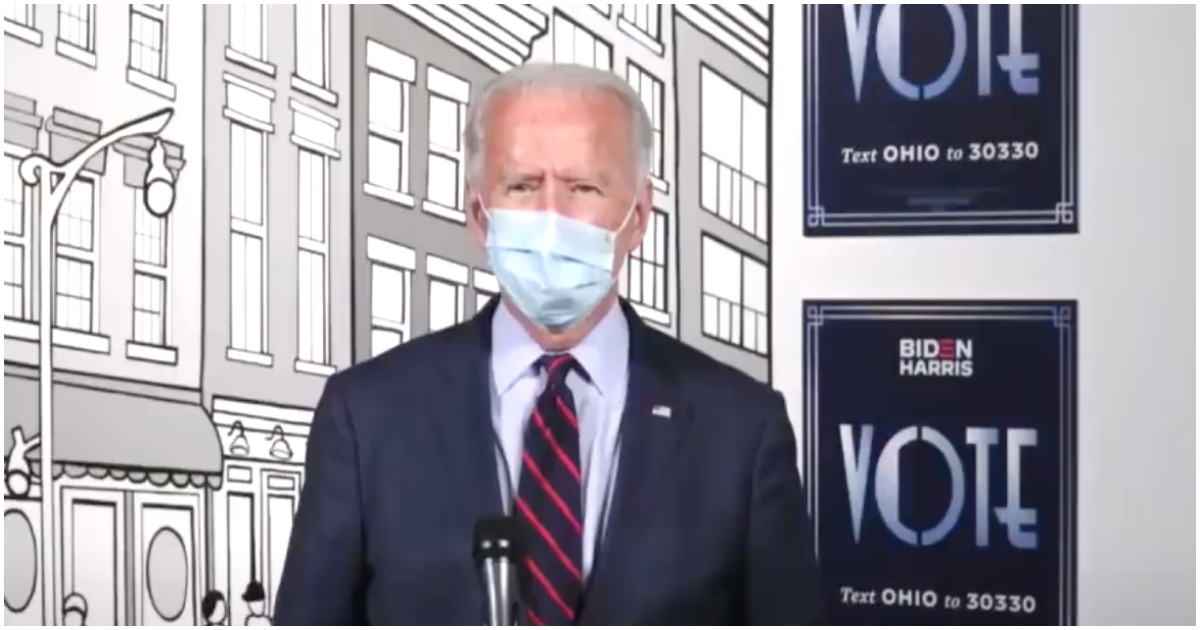 The following article, Poll: 56% of Americans Are Better Off Under Trump, Biden Says They Shouldn’t Vote for Him, was first published on Flag And Cross.

Well, Joe Biden just made it perfectly clear. If you’re better off now, under President Trump, than you were four years ago, you probably shouldn’t vote for him.

A recent Gallup poll shows 56% of Americans are better off now.

Don’t forget: this guy was the best Democrats had to offer.

“56% of Americans said that they are better off today than they were 4 years ago under the Obama-Biden administration. Why should they vote for you?”

Biden: Well if they think that, they probably shouldn’t pic.twitter.com/upKO1TMMZy

Here’s where Joe insults the American people by questioning their memories, via Fox News:

The former VP appeared surprised by the Gallup poll but cited the stat incorrectly.

“They think- 54 percent of the American people believe they’re better off economically today than they were under our administration? Well, their memory is not very good, quite frankly,” Biden told Inskeep. “And in addition to that, we have a president who doesn’t share the values of most Americans. He’s not very honest with people. He’s flouting the conventions relative to public safety in terms of even now- not wearing a mask, a guy who has been a super spreader. But look, whatever they believe they should go out and vote. People should vote. Period.”

Something a presidential candidate shouldn’t be doing this close to voting day is agreeing with his opponent.

And considering Trump already has a big advantage as the incumbent going into November, siding with POTUS on any issue just makes Joe look like even more of a goof than most people already think he is.

Continue reading: Poll: 56% of Americans Are Better Off Under Trump, Biden Says They Shouldn’t Vote for Him ...