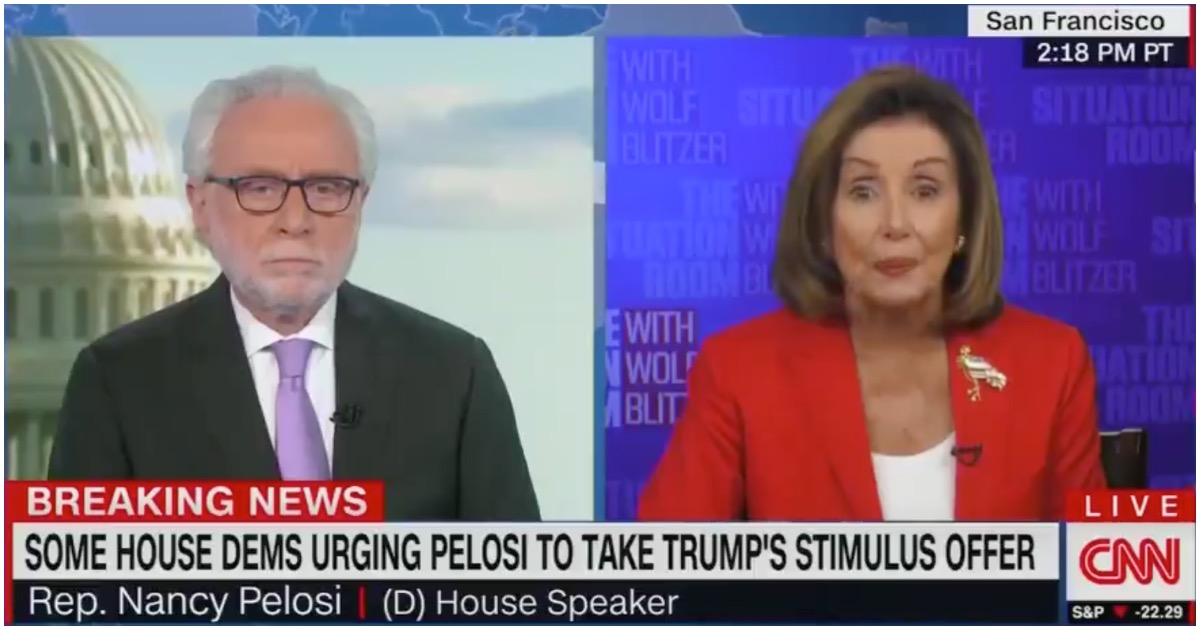 The following article, Pelosi Says Wolf Blitzer & His CNN Colleagues Are Apologists for the Republican Party (Video), was first published on Flag And Cross.

Like Joe Biden and virtually every single other member of her party, Speaker Nancy Pelosi needs help. She’s a habitual liar who has spent far too many years in DC.

On Tuesday, she went after Wolf Blitzer and CNN.

When that happens, you have to figure things are not going well for lefties.

House Speaker Nancy Pelosi, D-Calif., accused CNN anchor Wolf Blitzer Tuesday of being “an apologist … for the Republican position” during a stunning interview in which she grew visibly frustrated with “The Situation Room” anchor’s questions.

“I hope you’ll ask the same question of the Republicans on why they don’t want to meet the needs of the American people,” Pelosi responded. “But let me say to those people because all of my colleagues — we represent these people … and their needs are not addressed in the president’s proposal. So when you say to me, ‘Why don’t you accept theirs?’ Why don’t they accept ours?”

“What I say to you is I don’t know why you’re always an apologist — and many of your colleagues [are] apologists for the Republican position,” Pelosi fired back, adding “Ro Khanna, that’s nice, that isn’t what we’re going to do and nobody’s waiting til February.”