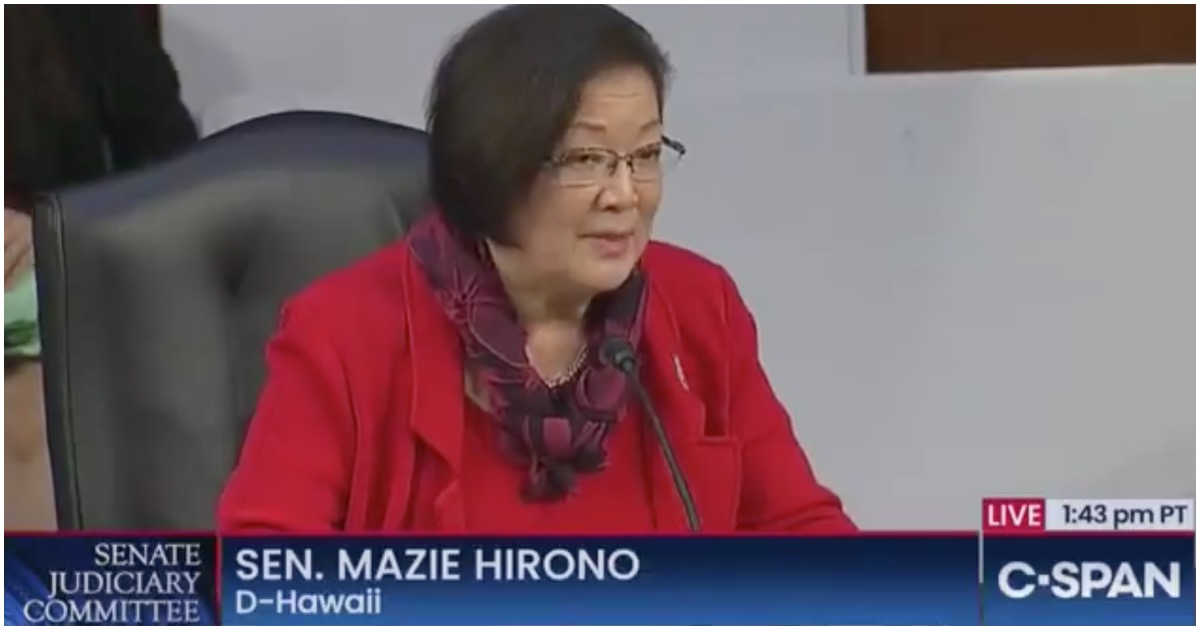 Hawaii’s Mazie Hirono is one of the worst Democrats have to offer. Not only has she accomplished nothing, but she’s as anti-American as they come. Just awful.

It might not get much more ridiculous than this.

Sen. Mazie Hirono, D-Hawaii, asked a question pertaining to an issue that came up quite a bit during Justice Brett Kavanaugh’s confirmation hearing but had yet to come up during Judge Amy Coney Barrett’s hearing: whether the Supreme Court nominee had ever sexually assaulted someone.

Citing a statement from Chief Justice John Roberts in 2017 in which he acknowledged that the judiciary “is not immune” from the problem of sexual misconduct, Hirono said it is her duty “to ensure the fitness of nominees” for positions that have lifetime appointments.

Sen. Mazie Hirono asks ACB "since you became a legal adult, have you ever made unwanted requests for sexual favors or committed any verbal or physical harassment or assault of a sexual nature?" pic.twitter.com/6JgLkoIXIF

Hirono is an absolute disgrace to American politics . If you’ve ever wondered who the slimiest piece of crap is in Washington she reared her ugly face on Tuesday’s hearing on Judge Barretts confirmation .

not much one can write in support of such a so called representative that is is suppose to represent we the people. Democrats support their communist socialist ideals and not the people. One can support the removal of these people, but will the people they represent do the job of removal?